High-profile, patriarchal right-wing Christians are obsessed with sex -- here's why 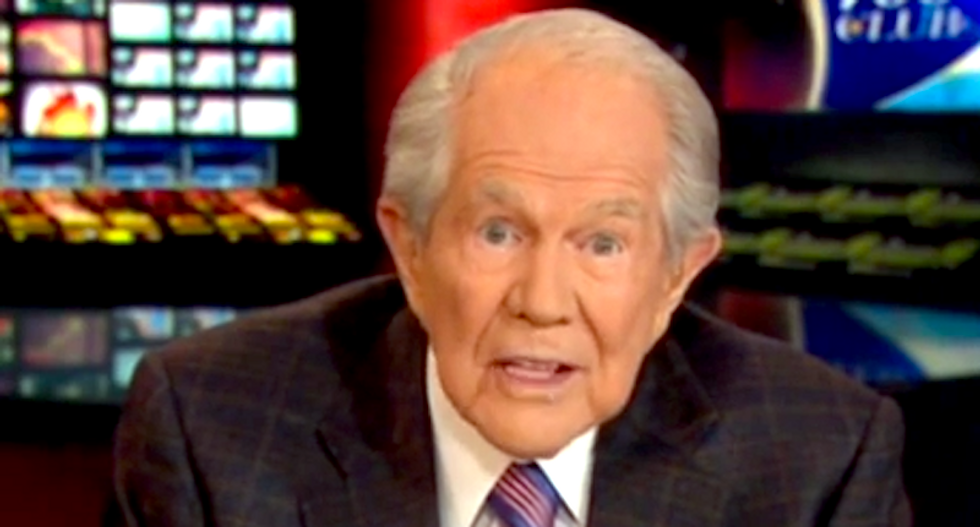 Stories of patriarchal Christian leaders groping, fondling or otherwise harassing or assaulting women and having clandestine sex with men seem to be a media staple of late. At the same time, conservative Christian leaders are fixated on lording it over women, queers and kids. Consider the following sample from spring 2015:

If you’re feeling disgusted, you’re not alone. From the standpoint of wooing converts or even inspiring the faithful to stay faithful, the sex-obsessed behavior of high-profile patriarchal Christians is about as effective as the U.S. Army’s attempt to win hearts and minds with drone strikes. I’m not trying to be poetic here—in the last decade or so, the percent of Americans who self-identify as Christians has dropped from 85 percent to 70 percent, and young people point to the culture wars as a key reason Christianity turns them off.

So, why don’t the anti-marketers back off? After all, Evangelicals center their faith around a verse known as the “Great Commission” – Go into the world and make disciples of every creature. And the word “catholic” means universal, literally. The Catholic Church has spent centuries sending a salesforce of missionaries into countries and cultures around the world to promote their product. If your prime directive is win converts, it seems obvious you should lead with universal feel-good platitudes, not some archaic version of Machos rule! Females, fags, and five-year-olds drool!

Some people say the best evidence against the Bible’s God is that his public relations team is so inept. But I don’t think the problem is incompetence on the part of God’s spokesmen. I think they are stuck.

Caught in an Iron Age Trap

Many moderate Christians see the Bible not as the literally perfect word of God, but a record of humanity’s struggle to understand what is real and what is good. They find unique value in the Christian tradition and the model of Jesus but may also acknowledge value in other spiritual traditions while recognizing the human handprints on the biblical texts.

By contrast, biblical literalists declare the Good Book to be the complete and timeless word of God, essentially dictated by God to the authors. Having made an idol out of the Bible, they have little choice but to promote the Iron Age worldview of the Bible writers. And in this worldview—childish taunts aside—machos do rule. God gave Adam a “helpmeet” named Eve-not-Steve, and to punish her for seeking independent knowledge swore that Adam would rule over her and she would bear his children and it would hurt like hell. As later Bible texts encode in law and illustrate in story, those children are Man’s property—assets he can use for labor, send to war, sell into slavery, trade for political alliance, or even sacrifice as a burnt offering. In this view, consent is not a thing. Nowhere does the Bible, Old Testament or new, suggest that a woman’s consent is needed or even desired prior to intercourse. And for a man to have sex with another man violates the whole procreative hierarchy.

In other words, patriarchal Christian men are obsessed with lording it over women, queers and kids because in the view of the Bible writers (and true Bible believers) that is the right and proper order of things, ordained by Yahweh himself—who, by the way, gets really mean when people don’t do things his way.

Josh Duggar from TLC’s reality show 19 Kids and Counting, recently resigned as executive director of the anti-gay, anti-female Family Research Council after his history of teen sex offenses came to light. When Duggar’s parents first learned years ago that Josh was molesting his younger sisters, they sent him to get counseling from a guiding light of patriarchal misogyny, the Institute of Basic Life Principles, founded by Bill Gothard, who has since been accused of molesting or sexually harassing at least 30 women himself. IBLP teaches a strict hierarchy of God—Man—Woman—Child. When I attended one of its traveling seminars as an evangelical teen, this hierarchy was represented visually by the image of God’s hand holding a hammer (the father), striking a chisel (the mother) shaping a diamond (the Christian teen). A key message was that teens needed to hear the words of those in authority over them as the voice of God.

This model of man as God’s representative here on Earth, is fundamental throughout the Bible. The texts assembled in the Bible were written during a time spanning hundreds of years, and much cultural evolution took place during that time. Even so, women and children remained chattel (property of men) clear through the New Testament, along with slaves and livestock. In the biblical view, all sentient beings including female humans were created by God for man’s pleasure and use, and man was granted dominion over them.

All of this makes male control of female sexuality exceedingly important, because without male “headship” and (lots of) reproduction, the whole religious-cultural-economic model breaks down.

The values of modern secular society: individual freedom and bodily autonomy, equality, and the right to wellbeing and “pursuit of happiness” are fundamentally at odds with this model. Consider three incredibly cherished and important dimensions of human life: family formation; sexual pleasure/intimacy; and parenthood. Liberals and moderates today believe that individuals should have the freedom to choose each of these dimensions of life independent of the others.

We view these freedoms as positive social and moral goods:

Conservative patriarchs are horrified at the thought of empowered, autonomous people freely choosing each of these dimensions of life. They are intent on forcing all of us back into a Bible-shaped box, one that establishes the proper Iron Age hierarchy of man over woman and child, that allows sex only within socially sanctioned legal structures governing property ownership and inheritance, and that ensures powerful men retain control of the economic and social assets that are rightfully theirs, including their women and their children. (See Captive Virgins, Polygamy, Sex Slaves: What Marriage Would Look Like if We Actually Followed the Bible.)

One New Testament writer puts these words in the mouth of Jesus, “What God has joined together, let no one separate” (Matthew 19:6 NRSV). While the passage refers explicitly to divorce, members of the Christian patriarchy movement apply the concept more broadly to the entire arena of family formation, sexuality, and childbearing.

Freudian psychological concepts like denial, projection, repression, and reaction formation may explain why red states are the biggest consumers of online porn, or why Evangelical leaders keep getting caught with their pants down. But if you’ve ever wondered why patriarchal Christians are so obsessed with controlling sex—who gets it and how, who’s on top and why, whether it leads to childbearing, and who gets to hit the kids it produces—the answer lies in this Iron Age script. Be fruitful and multiply; if you beat your son with a rod he will not die; men, leaving the natural use of the woman, burned in their lust one toward another; women will be saved through childbearing; and God made man in his own image—in the image of God created He him. It’s all in the Book.