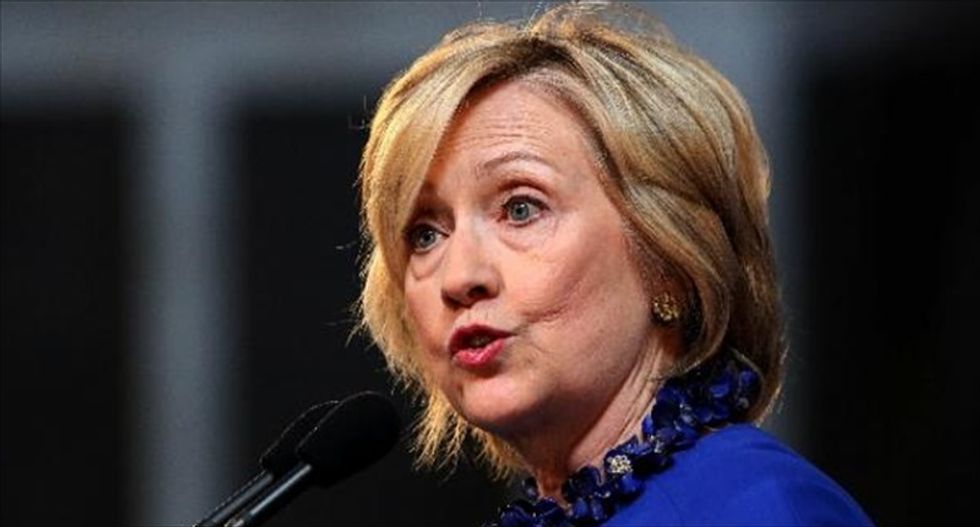 Apprenticeships train workers early, often lead to jobs and are paid positions – whereas internships are often an unpaid luxury that only some can afford

Hillary Clinton will propose the creation of tax credits for businesses that hire and train apprentices during a campaign event in South Carolina on Wednesday.

The proposal from the frontrunner for the Democratic nomination for president seems designed to appeal to millennial Americans, who could cast the deciding vote in the 2016 election.

Apprenticeships are relatively unfamiliar in the US. But in many European countries - particularly Germany - they have been hailed for training young workers as early as high school in their chosen vocation.

Currently, many young Americans study for degrees in fields that have little to do with their jobs. This is partly because high college debts lead them to opt for a job in which they can earn a good wage rather than waiting to start a career in their field of expertise.

Related: US unemployment at lowest since 2008 – but young people still can't find work

In addition, many US college graduates are underemployed - meaning they have taken on jobs that are just part-time and do not require the level of experience and education they might have attained. A recent report from the Economic Policy Institute found that the underemployment rate for this year’s graduates was 14.9% compared with 9.6% in 2007.

Proponents of apprenticeships say they could tackle this by helping young Americans get on the right career path as early as high school or early college.

In Germany - where youth unemployment is less than 8% - apprenticeships help young people gain experience in their chosen field and get their foot in the door while finishing their studies - often leading to a full-time job at the end.

German apprentices split their days between the classroom and the field, where they can gain hands-on experience in areas such as IT, hospitality or manufacturing.

The apprentices are also compensated for their time - a significant difference from internships, which may be unpaid or completed for college credit, meaning students actually pay for them through their college tuition.

Neither internships nor apprenticeships guarantee jobs at the end of their term, yet apprentices are more likely to find a job in their field upon completion of their training. A 2012 analysis by the Atlantic found that 36% of paid US interns received a job offer at the end of their internship, while just 17% of unpaid interns did. That same year, estimates put the number of unpaid US interns somewhere between 500,000 and one million .

In comparison, about half of Germany’s apprentices stay on with the company that trained them, according to NPR . Each year, Germany trains about 1.5 million apprentices, which means that about 750,000 people get jobs through their apprenticeship.

Not only are apprenticeships more likely to lead to a job, but they are more likely to help lower income Americans. Apprenticeships pay. They are the original entry-level jobs - with a weekly paycheck and on the job training. Internships, on the other hand, are often unpaid and as such are a luxury that only some can afford.

About 60% of Germany’s young people train as apprentices, according to the Atlantic. In the US, less than 5% do and most of them do so in construction.

The main obstacle to wider introduction of apprenticeships in the US is that higher education and a college degree are often valued above vocational training and blue collar jobs.

“Thus far, the US corporate sector does not see technical and vocational training as one of its key responsibilities,” Andreas Koenig, who served as head of vocational training and labor markets section at the Economic Development and Employment Department in Germany, told Bloomberg in 2012 .

“It is therefore not yet ready to invest in technical and vocational education and training that goes beyond a few weeks of induction or learning on the job.”

That remains true today, even as US politicians are beginning to push for an increase in focus on such training.

Push for apprenticeships in the US

Clinton is not the first politician to posit apprenticeships as a solution to the youth unemployment crisis, either. Barack Obama has been attempting to get US companies on board with similar efforts for a while.

In his 2014 State of the Union address , Obama called for community colleges and employers to work together to create “more apprenticeships that set a young worker on an upward trajectory for life”. That April, Obama announced that he and Joe Biden had allocated $600m towards job training programs.

About $500m was to be dedicated to programs that linked community colleges with businesses, allowing graduates to find jobs while at school and after graduation, according to the Washington Post . The other $100m was to help with expanding existing apprenticeship programs through government issued grants .

Related: Class of 2015: women are still making less than men – and prospects are poor

Then in his 2015 State of the Union address , Obama renewed his call for businesses to create more apprenticeships, saying:

I’m also asking more businesses to follow the lead of companies like CVS and UPS, and offer more educational benefits and paid apprenticeships – opportunities that give workers the chance to earn higher-paying jobs even if they don’t have a higher education.

Clinton is taking it a step further by offering businesses an incentive to do so: a $1,500 tax credit per apprentice who is under 25 years old and $1,000 tax credit for those 25 and older.

A similar apprenticeship program has previously been introduced in the US Senate by South Carolina’s Republican senator, Tim Scott, and New Jersey’s Democrat senator, Cory Booker . The proposed legislation, known as the Leveraging and Energizing America’s Apprenticeship Programs (LEAP) Act, was estimated to help fill the 4m job vacancies across the US. It has yet to pass into through senate and become a law.

When the bill was introduced in April 2014, Scott said it was modeled after South Carolina’s state apprenticeship initiative.

“Because of our balanced approach, we have seen international companies like Boeing and BMW, as well as many smaller businesses across the state, begin to use the program and provide new employment opportunities for individuals,” he said at that time.

This could be one of the reasons why Clinton has chosen Trident Technical College, a two-year community college in Charleston-area in South Carolina, to announce this particular proposal.

Apprenticeships and youth employment are also a field where Clinton could lead by example. In April, the Daily Beast reported that the Clinton Foundation did not pay its interns while letting them gain experience. Similarly, a number of positions within Clinton’s Hillary for America campaign are unpaid summer fellowships that are being filled with former campaign staffers.

In her speech, Clinton is expected to talk about how an apprenticeship grant for law students helped her get her first job out of college, according to CNN . After she graduated from Yale Law school in 1973, Clinton worked at the Children’s’ Defense Fund where she “ knocked on doors to research and help prepare CDF’s first landmark report, Children Out of School in America ”.

Reuters contributed to this report.