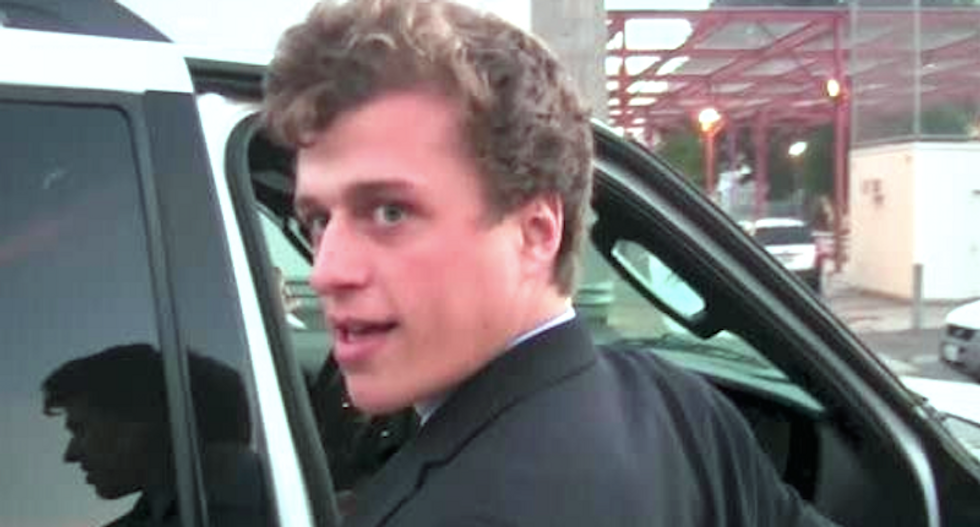 Hotel family heir Conrad Hilton, the younger brother of socialite Paris Hilton, was sentenced on Tuesday to 750 hours of community service and fined $5,000 after threatening flight attendants on a transcontinental flight last year.

Conrad Hughes Hilton, the 21-year-old great-grandson of the founder of the Hilton Hotels chain, entered a guilty plea in March in U.S. District Court in Los Angeles under an agreement with prosecutors.

Authorities said Hilton became belligerent on a British Airways flight from London to Los Angeles last July, pacing the cabin and yelling profanities. He is also reported to have called the other passengers on board "peasants."

Hilton acknowledged in his plea agreement that he threatened to kill one flight attendant during the episode and threw a punch at another, but missed. He also acknowledged that he smoked marijuana and tobacco in the bathroom of the plane.

Authorities said children on the airliner began to cry during his outburst, which lasted several hours until he fell asleep and flight attendants restrained him to his seat.