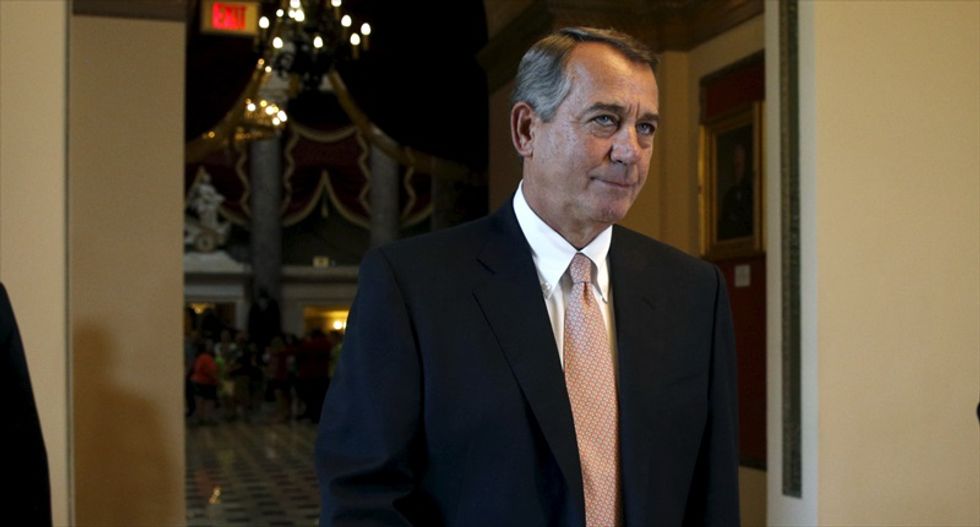 House Speaker John Boehner (R-OH) walks to the House Chamber where members of congress were voting on a package of trade bills in the U.S. Capitol in Washington on June 12, 2015. Photo by Kevin Lamarque for Reuters.

At the same time, the delay will squeeze the time frame for Obama to hammer out the 12-nation pact, a signature project that was dealt a major setback in the House of Representatives last week by the president's own Democrats .

As expected after last week's drama, the House voted 236 to 189 to extend until July 30 a deadline for a second vote on a federal program that supports workers hurt by trade. An initial vote on it failed on Friday.

The actions taken last week threw plans for a swift completion of Obama's Trans-Pacific Partnership, or TPP, into disarray, forcing him and Republican leaders who also support the trade pact to search for a new path ahead.

"I want trade promotion authority finished as soon as we can get it finished. We're looking for a way forward and when we find one we will let you know," House Speaker John Boehner, a Republican, told reporters before the vote.

Republican Senator John Thune raised concerns about the postponement. "I hope a plan can come together here in the next few days, because I think the longer this hangs out there, the harder it becomes and the more it complicates passage of TPP,” Thune told reporters in the Capitol.

TPA, also known as "fast-track" negotiating authority, would allow lawmakers to set negotiating objectives for trade deals such as the nearly complete TPP, but it would restrict them to a yes-or-no vote on the final agreement.

Democrats opposed the worker aid program because its approval would ease the passage of TPA. Many Democrats and their labor union allies fear that trade deals such as TPP will cause the loss of American jobs.