'I haven't had a DNA test': Rachel Dolezal goes full-scale birther on herself 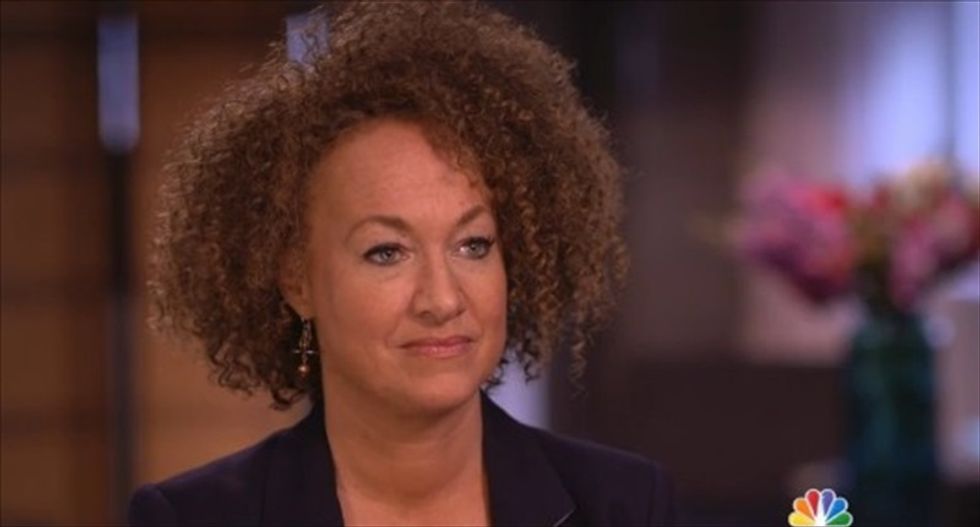 Former civic activist Rachel Dolezal went from claiming she is black to questioning whether she is actually part of a white family in an interview aired on Tuesday night with NBC News host Savannah Guthrie.

"I haven't had a DNA test. There's been no biological proof that Larry and Ruthanne are my biological parents," said Dolezal, referring to the couple who exposed her last week, resulting in widespread criticism and her decision to step down as the head of the Spokane chapter of the National Association for the Advancement of Colored People (NAACP).

"There's a birth certificate that has your name and their names on it," Guthrie replied, over footage of the document.

"I'm not necessarily saying that I can prove they're not," Dolezal said. "But I don't know that I can actually prove they are. I mean, the birth certificate is issued a month and a half after I'm born. And certainly there were no medical witnesses to my birth."

A 2012 profile of Dolezal stated that she was "born in a teepee." but her parents revealed last week that she is actually of Czech, Swedish and German descent. Dolezal has continued to argue that she is black.

"Nothing about being white describes who I am," she said. "So, what's the word for it? The closest thing that I can come to is, if you're black or white, I'm black. I'm more black than I am white."

While she has "experimented" with her hair, she told Guthrie, she has not altered her skin.

"Some days I might spray on bronzer, if I want to get a glow," Dolezal said. "Other days, I don't."

Watch footage from the interview, as posted online on Tuesday, below.