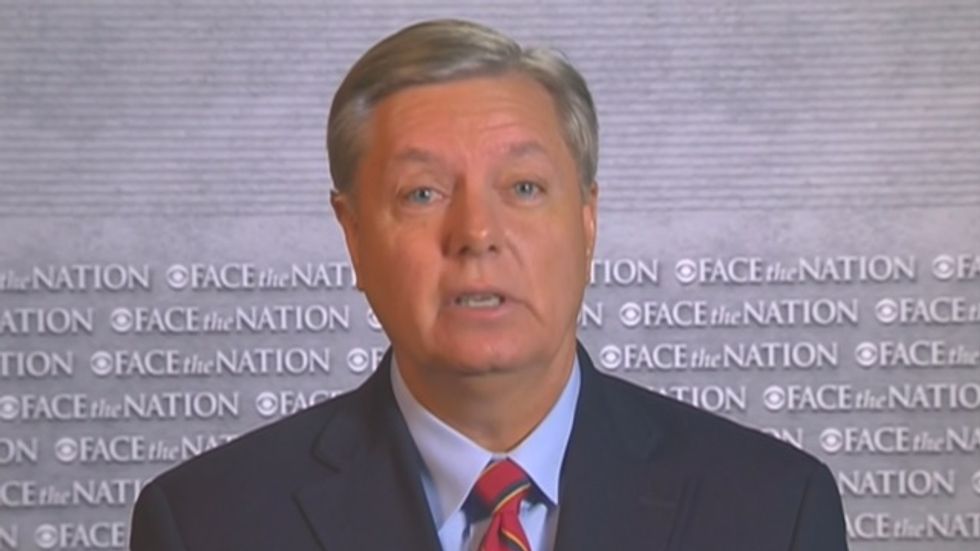 Sen. Mark Kirk (R-IL) backed away on Thursday evening from a comment during a Senate Appropriations Meeting meeting regarding Sen. Lindsey Graham (R-SC) (pictured above).

Kirk did not say why he described Graham as a "bro with no ho," but when Politico asked if he regretted it, he said, "I do."

The Huffington Post reported that a microphone caught Kirk whispering to a colleague, "I've been joking with Lindsey. Did you see that? He's going to have a rotating first lady. He's a bro with no ho. That's what we'd say on the street."

A spokesperson for Kirk's office told the Post that the senator was "joking around with his colleagues."

Graham, who is currently running for the Republican presidential nomination, had joked to the Daily Mail earlier this week that, since he is single, his sister could fill in as his first lady if he were to be elected.

"I've got a lot of friends," Graham said. "We'll have a rotating first lady."

The Post published Kirk's remark online, and it can be heard below.