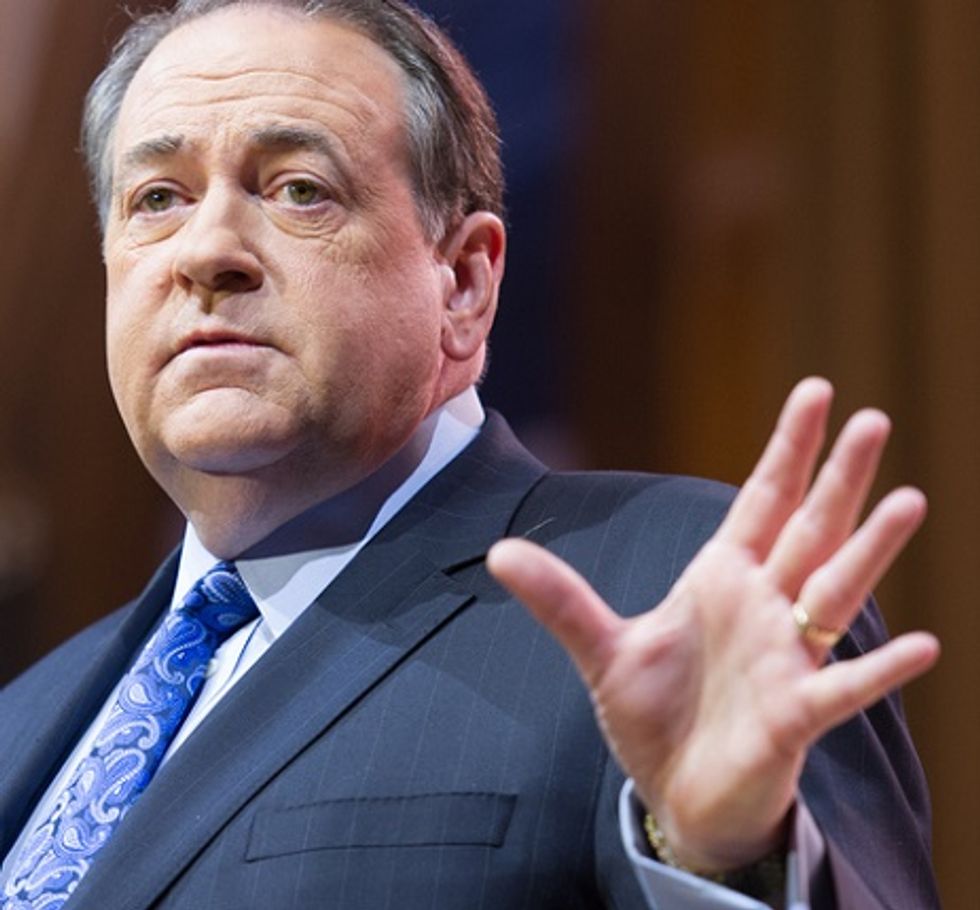 Republican U.S. presidential candidates Mike Huckabee and Rick Santorum, sidestepping a divisive issue reignited by the church massacre in Charleston, refused on Sunday to say whether South Carolina should remove the Confederate flag from its State House grounds.

Huckabee and Santorum, who draw support from their party's conservative wing, said it is up to the state to decide. They made their comments a day after 2012 Republican presidential nominee Mitt Romney called for the flag's removal, labeling it "a symbol of racial hatred" to many people.

"If the state government of South Carolina wishes to address an issue in their state, that's fine," Mike Huckabee, a former Arkansas governor, told NBC's "Meet the Press" program.

Santorum, a former U.S. senator from Pennsylvania, said on ABC's "This Week" program, "I'm not a South Carolinian."

"I don't think the federal government or federal candidates should be making decisions on everything and opining on everything. This is a decision that needs to be made here in South Carolina," added Santorum.

Santorum was among those who attended a memorial service on Sunday at the Charleston church where nine black people were killed by a gunman authorities have identified as a 21-year-old white man.

The flag at issue, a symbol of Southern pride to some but an image of hatred to others, was the emblem of the pro-slavery Confederate states during the American Civil War. State law in South Carolina mandates that it fly on the capitol grounds.

Jeb Bush, a former Florida governor who is also seeking the Republican nomination for the 2016 presidential election, on Saturday said on Twitter his position on the flag issue is clear.

"In Florida, we acted, moving the flag from the state grounds to a museum where it belonged," Bush said, adding he was confident South Carolina's leaders "will do the right thing."

On "Meet the Press," James Clyburn, a black Democratic U.S. congressman from South Carolina, called on state lawmakers to pass legislation to remove the flag.

Tim Scott, a black Republican U.S. senator from South Carolina, declined to offer his opinion. Scott told CBS's "Face the Nation" that "my voice will be clear, my position will be stated" but not until after the funerals of those killed in Charleston.

(Reporting by Will Dunham and Lucia Mutikani; Additional reporting by Yeganeh Torbati and Doina Chiacu; Editing by Frances Kerry)