Iowa minister threatened for performing same-sex marriages: 'Get a rope and go hang yourself' 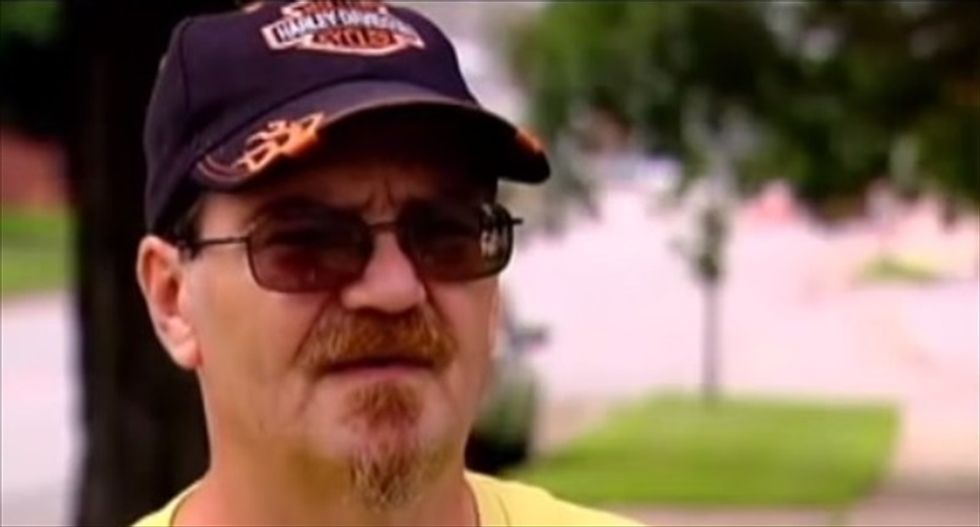 Police in Arlington, Iowa are investigating a threatening note left inside a local minister's car as a hate crime, KGAN-TV reported.

"Whoever it is that wrote this, you succeeded a little. You got me mad at you. You hurt me," Gilbert McBride said of the note. "It's easy to say I'll forgive but I'm still dwelling on those words."

McBride said he discovered the anonymous note targeting him for performing same-sex marriages late last week, and posted it online. The sender linked McBride's support of marriage equality with what they described as a lack of condolences from the community following his wife's death this past January.

"Your wife died because God hates you for the abomination you have become by preaching His word while also catering to queers," the note stated. "We in this community hope you suffer as much as possible and realize that unless you change your faggot friendly ways, your suffering will only get worse. Do this town and your family a favor and get a rope and hang yourself."

McBride later said online that he has performed 50 same-sex marriages out of nearly 1,200 overall during his career. He also stated that, while he would still turn the note in to the authorities, he would still forgive whoever sent it.

"I would not be honoring her memory at all by harboring hateful feelings towards you or anyone else," he wrote.

McBride has also organized an online fundraiser to cover the cost of his wife's funeral.