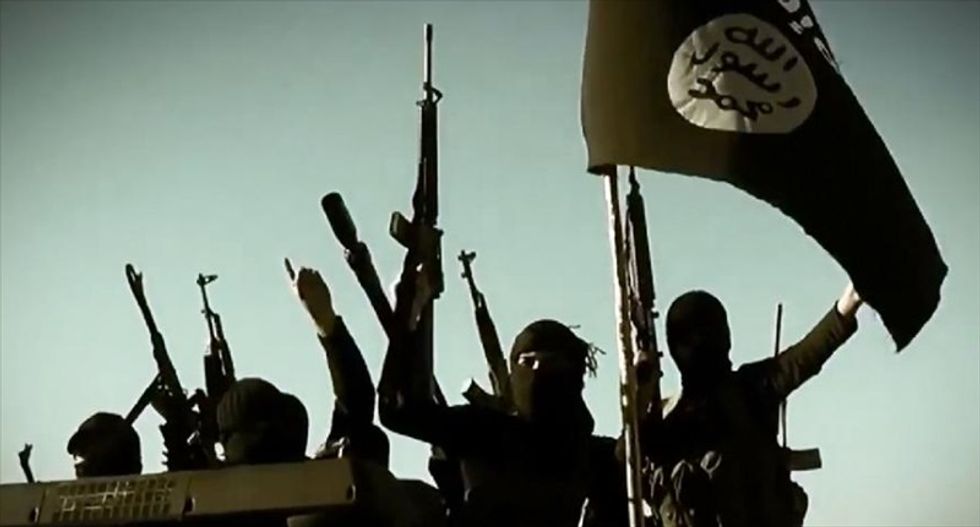 The Islamic State group has beheaded two women in eastern Syria accused of "witchcraft and sorcery", a monitor said Tuesday, in the jihadists' first decapitations of female civilians.

The extremist group has become infamous for gruesome executions and mass killings, but the Syrian Observatory for Human Rights said the two women were the first female civilians to be beheaded by IS.

"The Islamic State group executed two women by beheading them in Deir Ezzor province, and this is the first time the Observatory has documented women being killed by the group in this manner," Observatory chief Rami Abdel Rahman said.

The Britain-based monitor said the executions took place on Monday and Sunday and involved two couples.

In both cases, the women were executed with their husbands, with each pair accused of "witchcraft and sorcery".

IS has captured around 50 percent of Syria's territory since it emerged in the country in 2013.

On Tuesday, its fighters re-entered the town of Tal Abyad on the border with Turkey.

Tal Abyad was a crucial IS supply hub and stronghold for around a year before Kurdish forces expelled the group two weeks ago in a major victory.

A spokesman for the Kurdish Protection Units (YPG), Redur Khalil, said Tuesday that "several dozen" IS fighters had infiltrated an area under Kurdish control and that fighting was ongoing.

Kurdish forces have battled IS in several areas in the northern Syrian region along the frontier with Turkey.

According to the Observatory, IS has previously decapitated the corpses of Kurdish female fighters during battles.

The jihadist group is also reported to have stoned civilian women to death on allegations of adultery.

Abdel Rahman said the two female civilians and their husbands, killed in the city of Mayadeen, appear to have been accused after the jihadist group found them in possession of charms.

The use of amulets, charms and other folk religious practices is common in parts of Syria, particularly in the countryside, according to activists.

The charms are often written on a piece of paper sewn into fabric, and are intended to protect the recipient against bad luck or jealousy, or solve and prevent other problems.

But the practice is considered heretical and a form of "witchcraft" by IS, which imposes its harsh interpretation of Islam on the areas under its control.

The group is known for its brutality, often filming acts including beheading and throwing people from buildings.

It punishes people for "crimes" including homosexuality, adultery, smoking cigarettes and spying.

According to the Observatory, IS has executed more than 3,000 people in Syria in the year since it declared its Islamic "caliphate" in Syria and Iraq.

Nearly 1,800 of them were civilians, including 74 children.

It has executed more than 100 of its own members, mostly on allegations of spying, and often as they were seeking to escape the group, according to the Observatory.

The monitor also said Tuesday that IS has hung at least eight people from makeshift crosses in recent days as punishment for allegedly failing to fast during the Muslim month of Ramadan.

The eight were all strung up alive on crucifixes with placards attached to them accusing them of breaking the Ramadan fast "with no religious justification".

Among the eight were two minors, the Observatory said, adding that while it had documented eight cases, there might be others that have not been reported.

It said the eight were hung from the crucifixes for a day and taken down afterwards still alive.