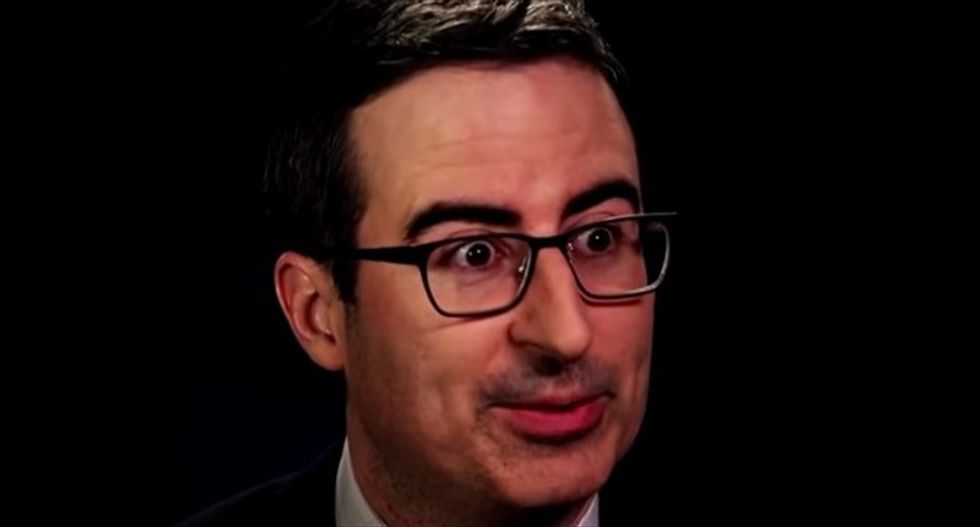 Beginning with a 20-year-old commercial from AOL that promoted the wonderful world of information sharing and ability to shop with one-click, Oliver showed how the Internet has become a tool to defame, harass, and destroy people's lives.

Describing the internet as "a dark carnival of humanity's worst impulses," Oliver shared some of his own harassment from YouTube commenters, with one calling him a "a f*cking dumbass" to another commenting on his fingers, saying that look like "creepy spider legs."

"Women in particular can receive a veritable cornucopia of horrifying messages online," Oliver said before sharing clips of women who have received threats, including one from a a man who threatened to rape the woman before adding, "I am 36 years old, I did 12 years for 'manslaughter,' I killed a woman, like you, who decided to make fun of guys cocks."

"This is horrifying for some many reasons," Oliver explained. "First of all he put 'manslaughter' in quotes, like he still doesn't think it's a crime. And also he put his age, like he's writing the world's worst OkCupid profile. 'I'm 36 years old. I've killed before. And I've got a pretty weird shaped penis.'"

Oliver closes with an updated AOL commercial that more accurately reflects the "hellscape" the Internet has become.