John Waters offers wise and raunchy advice to grads: 'Go out in the world and f*ck it up beautifully' 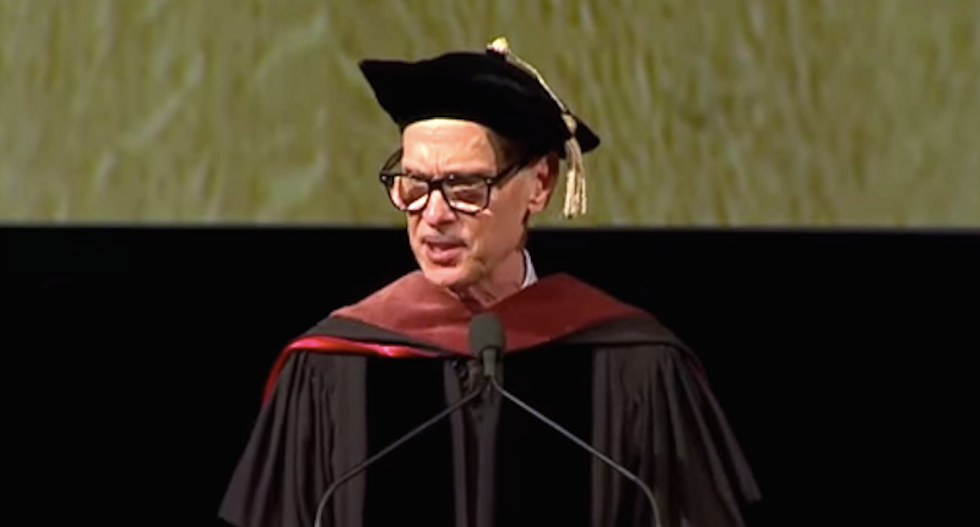 John Waters urged graduates from the Rhode Island School of Design to “go out in the world and f*ck it up beautifully.”

The 69-year-old director and author delivered some wise and raunchy advice to the class of 2015 on living subversively and happily, telling them to follow his example for doing something he loves for “50 years without ever having to get a real job,” reported Jezebel.

“You’re lucky – when I went to school, my teachers discouraged every dream I ever had,” Waters said. “I wanted to be the filthiest person alive, but no school would let me.”

He hoped the graduates had been taught never to fear rejection in the workplace, but he expressed alarm that students needed “trigger warnings” to alert them to troubling or controversial topics in the classroom.

“The amazing concept I’ve heard about is where you’re supposed to warn students if you’re going to talk about something that challenges their values,” Waters said. “I thought that’s why you went to college. My whole life has been a trigger warning – but you have been warned.”

He urged the graduates to use laughter to their advantage – particularly during political debates.

“Listen to your political enemies, especially the smart ones, and then figure out a way to make them laugh,” Waters said. “Nobody likes a bore on a soapbox. Humor is always the best defense and weapon. If you can make an idiot laugh, they’ll at least pause and listen before they do something stupid to you.”

He also offered advice on the meaning of wealth and poverty.

“Don’t hate all rich people,” he said. “They’re not all awful. Believe me, I know some evil poor people, too. We need some rich people. Who else is going to back our movies or buy our art? I’m rich! I don’t mean money-wise. I mean that I have figured out how to never be around assholes at any time in my personal and professional life -- that’s rich.”

“It’s okay to hate the poor, too -- but only the poor of spirit, not wealth,” he continued. “A poor person, to me, can have a big bank balance but is stupid by choice -- uncurious, judgmental, isolated, and unavailable to change.”

Waters expressed great pride that his “devious” 1988 film “Hairspray” had become so mainstream that a theatrical version of the musical was now performed in high schools across the country.

“Nobody seems to notice it’s a show with two men singing a love song to each other that also encourages white teen girls to date black guys,” he said. “’Pink Flamingos’ was preaching to the converted, but ‘Hairspray’ is a Trojan horse. It snuck into middle America and never got caught. You can do the same thing.”

He sent the graduates out into the world with another “trigger warning.”

“Go out in the world and f*ck it up beautifully,” Waters said. “Design clothes so hideous that they can’t be worn ironically, horrify us with new ideas, outrage outdated critics, (and) use technology for transgression, not lazy social living. Make me nervous.”