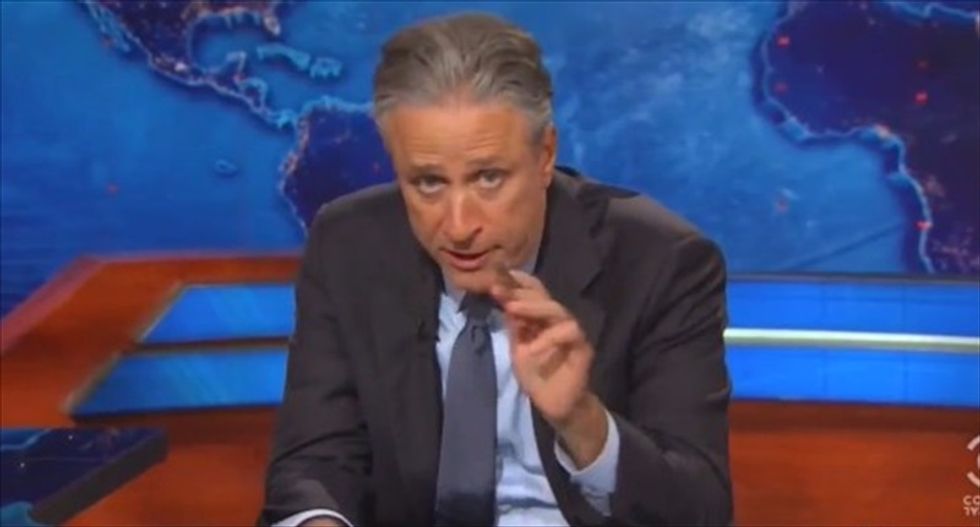 Jon Stewart opened Wednesday's Daily Show by picking apart people defending the Confederate battle flag by saying it reflects their "heritage," arguing that no matter how they choose to remember their ancestors, the nation at large will remember them for fighting to preserve slavery.

"It'd be like saying you support flying the Nazi flag because you're proud of their robust anti-smoking agenda," Stewart explained. "But that wasn't really their thing."

With Southern lawmakers now openly calling for at least discussing taking down the flag in their respective states, Stewart said, it was getting harder to find people willing to defend their "archaic symbol of racist insurrection."

He then debunked an attempt by an official from the Sons of Confederate Veterans to say that taking down that flag would lead to a "slippery slope."

While hoping that the debate surrounding the flag would spur a larger conversation concerning systemic racism in the US, Stewart said, he did suggest an alternative all Americans could support -- a flag depicting a pig being barbecued.

"That's how barbecue was probably invented: an ingenious Southerner saw a pig on fire and thought, 'I can work with this," he said.