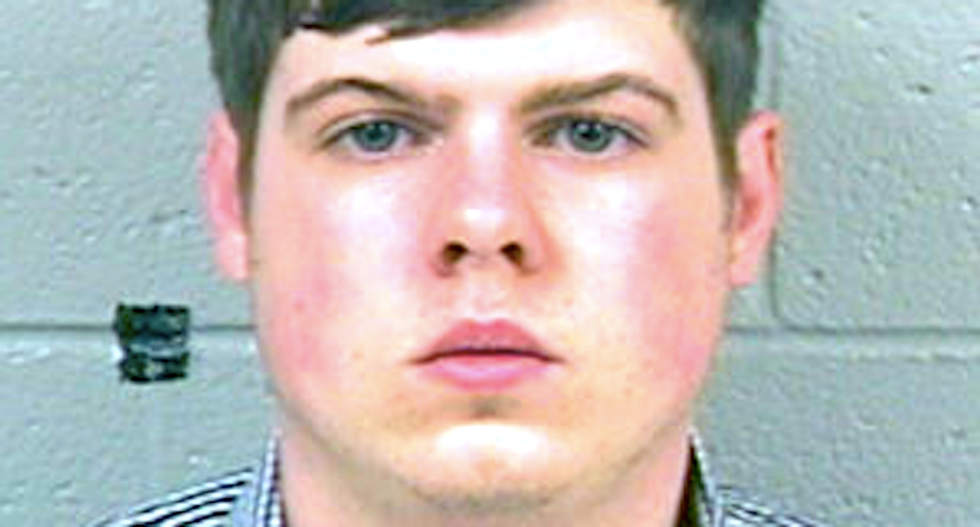 A Michigan judge lashed out against “hookup” culture as she sentenced a 19-year-old to the sex offender registry for having sex with a girl who lied about her age in an online dating profile.

Zach Anderson contacted the Niles resident, who presented herself as a 17-year-old, in December through the Facebook-hosted “Hot or Not?” app, and they met and had sex once.

However, the girl was actually 14 years old – and her mother called police out of concern that her daughter might miss a dosage of her epilepsy medication after she failed to return as quickly as expected.

That triggered an investigation, and Anderson -- who lives across the state line in Elkhart, Indiana -- was eventually sentenced to 90 days in the county jail, five years on probation and 25 years on Michigan's sex offender registry after pleading guilty to criminal sexual conduct 4th degree, a high-court misdemeanor.

The girl admits she lied about her age, and she and her mother agree the encounter was consensual.

The girl’s mother asked the judge to drop the case, but Berrien County District Court Judge Dennis Wiley ignored her wishes and made an example of the computer science student.

"The Internet's wonderful -- thank you, Al Gore -- but it also is a danger,” Wiley said during the April 13 sentencing hearing.

"You went online, to use a fisherman's expression, trolling for women to meet and have sex with,” the judge continued. “That seems to be part of our culture now: meet, hook up, have sex, sayonara. Totally inappropriate behavior. There is no excuse for this whatsoever."

The judge, who once jailed a woman for 10 days over Christmas because she cursed in the county clerk's office, followed sentencing recommendations from a discredited report that was riddled with inaccurate information that suggested Anderson had targeted underage virgins and extorted them for sex.

The terms of Anderson’s probation prohibit him from living in a home with access to the Internet or a smart phone – and those terms will require him to change his college major.

He is also barred from speaking to anyone under 17 years old, with the exception of his brothers.

Anderson’s father told Reason that his son hopes to withdraw his original plea because, he said, the prosecutor violated the terms of their agreement.

Prosecutors had agreed not to take a position on whether to apply Michigan’s leniency provision for first-time offenders younger than 21, but the prosecutor reminded the judge during sentencing that he had twice denied leniency in previous cases.

That gives Anderson basis to withdraw his guilty plea, his attorney said.

A new trial may allow Anderson to claim the girl lied about her age in his defense, if the Michigan Supreme Court rules before a retrial that defendants may do so – as they are permitted to do currently in 20 states.