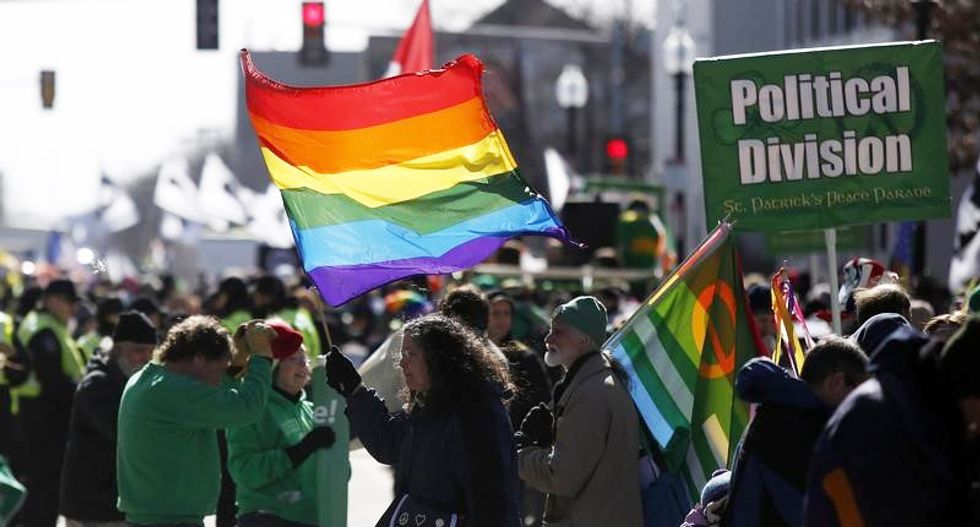 A New Jersey group that claimed it could “cure” gay people and make them straight has been ordered to pay $72,400 in damages to its former clients, after being found by a jury to have broken the state’s consumer fraud protection law.

A jury of seven men and women took about three hours to reach what is being hailed as a landmark civil-rights verdict on Thursday against the founders of Jews Offering New Alternatives for Healing (Jonah), a group that said it had provided “gay conversion therapy” to clients largely from the Jewish faith.

The group was sued by three former clients and two mothers of ex-clients, who collectively told the court in Jersey City that they had suffered great psychological damage as well as considerable financial loss as a result of the fraudulent program.

The lawsuit, launched by the Southern Poverty Law Center, is believed to have been the first in the US to use consumer protection laws to challenge the controversial practice. Most of the major professional bodies including the American Psychiatric Association and American Psychological Association have long denounced the treatment, and many states have also moved to restrict its practice. The White House supports a ban.

David Dinielli, the Southern Poverty Law Center’s deputy legal director who led the challenge, said the verdict was a seminal moment in the LGBT struggle in America.

“Conversion therapy and homophobia are based on the same central lie – that gay people are broken and need to be fixed,” he said. “Conversion therapists, including the defendants in this case, sell fake cures that don’t work and can seriously harm the unsuspecting people who fall into this trap.”

In the course of the three-week trial, former clients pressing the lawsuit recounted their experiences at the hands of Jonah’s so-called therapists. Benjamin Unger, who was 19 at the time he sought help from Jonah, said the company assured him that its course could “remove” his attraction towards other men.

He said that Arthur Goldberg, a co-founder of Jonah and one of the defendants in the case, had told him the treatment was scientific and had successfully helped hundreds of people convert from gay to straight in three to four years.

After the verdict, Unger, now 27, said in a statement: “I am so grateful that the jury has decided conversion therapy organisations do not have the right to lie to and deceive people. It is a victory not just for me but for other victims of this harmful therapy.”

Charles LiMandri, who acted as legal representative for the defendants – Goldberg, a former Wall Street executive, and some of the other Jonah executives and contractors – said the company was motivated by religious beliefs set out in the Old Testament and the desire to help largely Jewish people who were struggling with their same-sex desires.

The attorney accused the plaintiffs of making up stories, telling the jury that at the time they left the Jonah program they had professed to be happy with the service they had received.

The jury made its opinion about the treatment plain by awarding damages that amounted to three times the original amount that the plaintiffs had spent on the course.

The judge in the case, Peter Bariso, will rule later on whether or not Jonah will be allowed to keep its licence to practice.