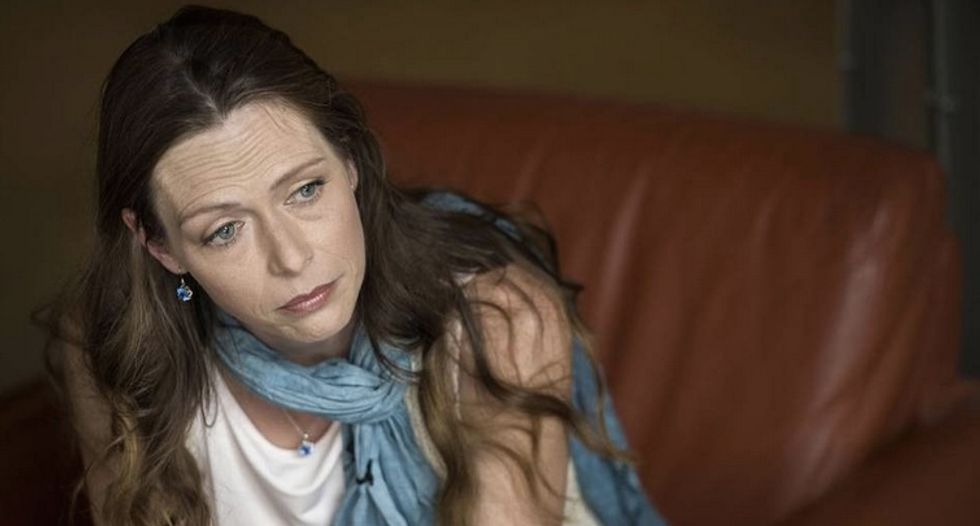 Kansas mother Shona Banda is unable to see her child and faces decades in prison after authorities confiscated marijuana from her Garden City home in March.

Banda began using medical marijuana about five years ago to treat Crohn’s disease, according to the Kansas City Star. Symptoms of the condition include severe diarrhea, weight loss, and malnutrition. Crohn's can be physically debilitating and even life-threatening. Before she began cannabis treatments, Banda "walked with a cane and often couldn’t get off the couch."

“I spent years raising my children from a couch, not being able to move much,” Banda says. “I wasn’t able to be a proper mother when I was sick. And now I’m a fantastic mother.”

During school "drug education" programming on March 24, Banda's 11-year-old son spoke out in class about the benefits of medical marijuana. The treatment had saved his mother's life, he told teachers and classmates.

Teachers relayed the boy's story to school administrators, who then called the police, who in turn brought in Child Protective Services. Officials searched Banda's home, confiscated medicine and other property, and prohibited her from seeing her son. As of press time, the mother of an elementary school-aged child has been legally able to see him only once since March 24.

The Washington Post reports that Banda has not used cannabis since authorities took her son away. The child is living with his dad. Banda has begun to lose weight. “I’m very afraid,” she tells reporters. “I cannot believe that I could be facing 30 years in prison for trying to save my life.”

Banda has legal representation and plans to turn herself into police on June 15. Proponents of marijuana legalization in Kansas and elsewhere have expressed interest in Shona's case.

“The question to Kansans is, ‘Are you OK with your tax dollars being spent on this?’” Sublett wants to know. “This woman goes to bed at night without her son because she had some marijuana in her house when it’s legal in half the country — are you OK with that?"

On her Facebook page, which features revolutionary musings and pictures of former Congressman Ron Paul (R-TX), Banda directs visitors to the website supportshona.com. The site's front page urges Kansas readers to write their legislators in support of legal, statewide "medicinal cannabis use."

A petition asking the state of Kansas not to "Shatter Shona's Family Over Medical Marijuana Use" had garnered more than 134,000 signatures as of Tuesday morning.

"As Shona's friends," the petition's narrative reads, "we know that she is fighting an ongoing battle as we speak to get her son back into her arms, and we know that we need to do everything we can to make that happen as soon as possible. Will you help? Don't let Shona and her son become yet two more victims of the nation's flawed policy on medical marijuana. Please sign this urgent petition to the Finney County District Attorney and Department of Families and Children to help me keep this family together."