Larry Wilmore responds to Bill O'Reilly's thoughts on racism: 'So what?' 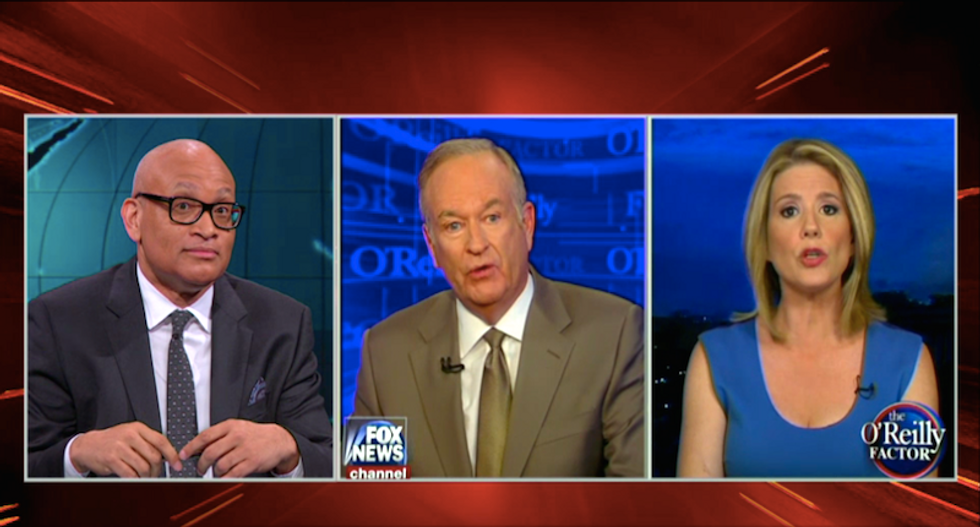 Larry Wilmore fulfilled the dream of anyone who’s ever screamed at the TV while watching Bill O’Reilly and inserted himself into the Fox News anchor’s show.

The “Nightly Show” host showed O’Reilly introduce a segment on his program on race relations in which he claimed “far-left zealots” were using “anti-American propaganda” to “divide Americans along color lines.”

“Great teaser – I love knowing when I’m going to start screaming at the TV,” Wilmore said.

After watching O’Reilly make outrageous claims during a discussion on race with two white women, Wilmore became so fed up he asked his producers to insert him into the segment so he could rebut the conservative broadcaster’s claim that there was no epidemic of racism.

“Actually, Bill – you’re right,” Wilmore said. “It’s not an epidemic because this sh*t happens all the time. It’s not a plague – it’s the common f*cking cold.”

Fox contributor Kirsten Powers pointed out that slavery was part of American history, and O’Reilly dismissed the claim by asking “so what?”

“’So what?’” Wilmore said. “Slavery gets a ‘so what?’ That’s how to argue point about why we’re still dealing with this racial problem in America? What’s your take on the Holocaust – whatevs? Slavery is what the whole Confederate flag debate is all about. You cannot ‘so what’ it away.”

Wilmore sat back and cackled with glee as Powers made O’Reilly lose his cool by asking how many black friends he had – before turning the tables on the host’s smug sense of entitlement.

“Bill, you know what I have to say to the fact that you think racism doesn’t exist in America? So what,” Wilmore said.