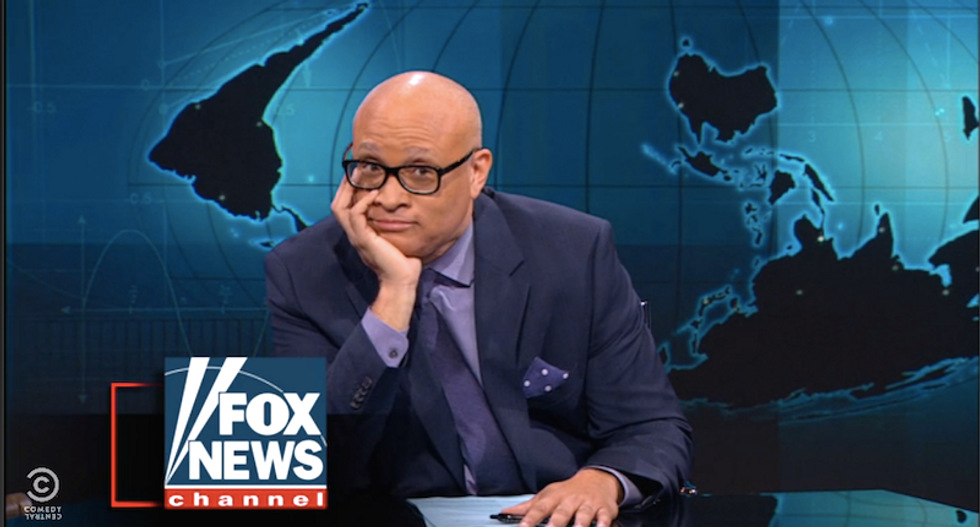 Larry Wilmore ripped “Fox & Friends” coverage of a Texas cop breaking up a pool party by throwing a black teen to the ground and chasing others around at gunpoint.

He showed a video clip Monday on “The Nightly Show” of anchor Brian Kilmeade segueing from disturbing video of the police brutality case in McKinney to Jerry Seinfeld’s complaint about the “PC police” making college campus tours undesirable for comedians.

“Fox, I am losing all ability to follow you guys,” Wilmore said. “The PC police can f*cking wait – let’s keep talking about the real police.”

He shook his head in amazement when the conservative news network promoted another segment five minutes later on pool safety.

“They literally went from reporting cops abusing children at a pool party to giving pool safety tips to children?” Wilmore said. “But, to Fox’s credit, pool tips for white and black kids are very different, okay? It’s true. First up, white kids: No. 1, don’t run around the pool. No. 2, always make sure there’s a lifeguard on duty. No. 3, never dive into the shallow end. Now, black kids: Don’t go to the pool.”

He said media coverage of the incident, which was apparently sparked when white neighbors used racial slurs against black teens attending a resident's party at a neighborhood pool, was uniformly awkward.

Wilmore showed an interview with a white man who said he would not want police to throw his daughter to the ground, but then he started to qualify his remarks.

“No, there’s no ‘but,’” Wilmore said. “That’s the end of the statement – there’s no reason for a trained officer to do that -- but go ahead, give me the lame excuse why a grown man should throw down a 15-year-old girl.”

The white man told a reporter that the officer was probably just reacting to teenagers running around and just wanted to bring the situation under control so he could “get out of there.”

“Anybody else would be like, 'Calm down, teenagers, while I arrest the crazy racist lady who started this sh*t,'” Wilmore said.

He pointed out that racially charged public pool panics were nothing new in this country, citing violent disturbances from 1938 in Pittsburgh and 1949 in St. Louis.

"For decades, blacks were barred from municipal pools, despite the fact that they pay taxes like everybody else, and when they finally tried to use the pools, white people rioted," Wilmore said.

He then showed a black-and-white photo that drew audible gasps from the audience.

"Here’s a hotel owner in Florida dumping acid into the pool to get black swimmers out," Wilmore said. "Acid, you guys. That man would rather have acid in his pool than a black person. You know the only chemical that gets in the pool when black people in it? Cocoa butter. We love cocoa butter."