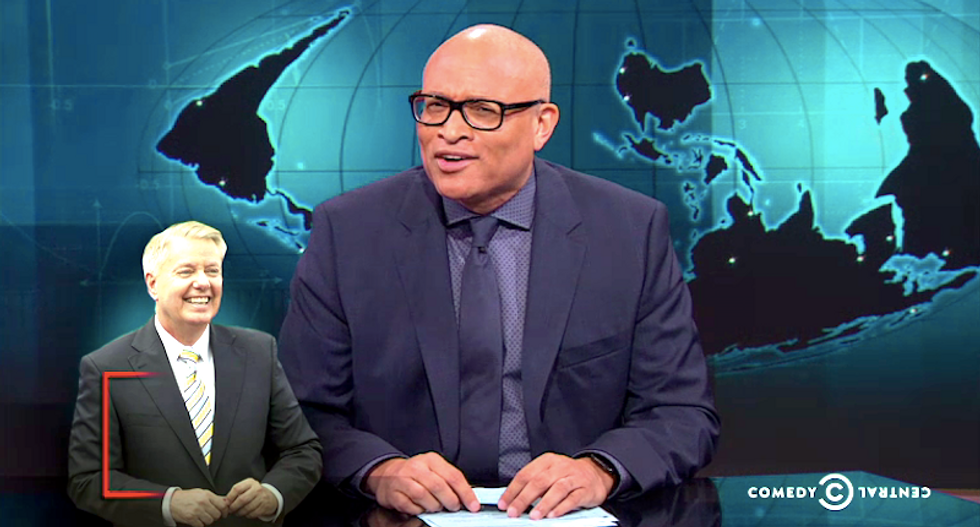 Larry Wilmore mocked the media’s obsession with trivialities as the 2016 presidential campaign lurches ahead.

“Democracy works, just as long as we have a free press that doesn’t shy away from the important questions,” Wilmore said.

He showed a video clip Thursday on “The Nightly Show” of Fox News host Andrea Tantaros saying “one of the big question being asked of Lindsey Graham is who would be his First Lady.”

“Why is that a question?” Wilmore said. “This is a dude who wants a war with Iran so bad he put it on his Amazon wish list. We’re asking him about his non-existent First Lady?”

Wilmore said Graham, the South Carolina Republican senator, had a creative solution to filling the role without a wife.

The GOP candidate told reporters he had a sister, so perhaps she could fill the role.

“Is Lindsey Graham trying to Duggar his way into the White House?” Wilmore said. “I’m guessing he’s got at least 19 votes and counting.”

Graham also said, chuckling, that he had lots of friends, so maybe there could be a “rotating First Lady.”