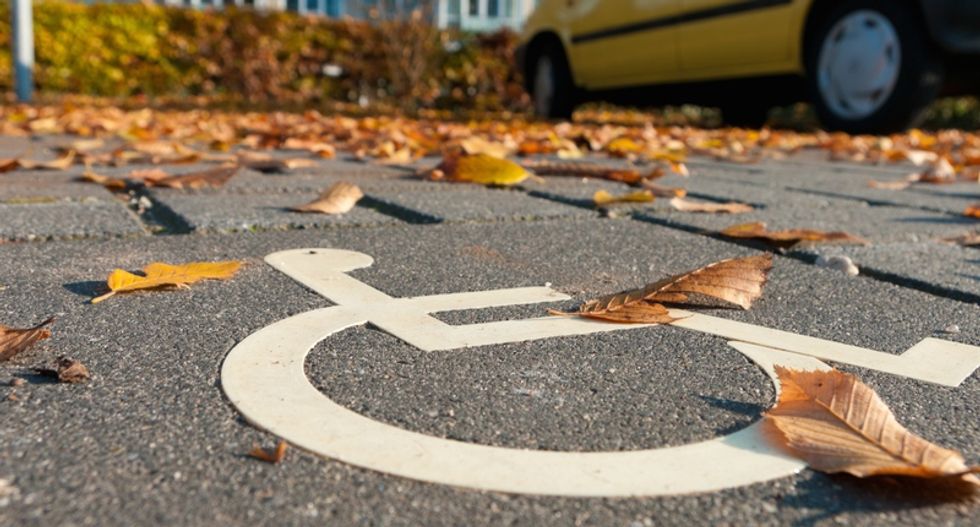 In the parking lot of a Maryland shopping center on Sunday, D'Anthony White -- who is blind -- received a racist note on his fiance's windshield from a person angry that the vehicle displayed a handicapped placard and was parked in a handicapped space, a local Fox affiliate reports.

White and his fiance had been running errands in the D.C. suburb of Silver Spring when they returned to their car and found the anonymous letter.

"THE ONLY THING HAdicap ON you is your BRAiN you LAZY N*****," it reads. White posted the hateful note to Facebook: 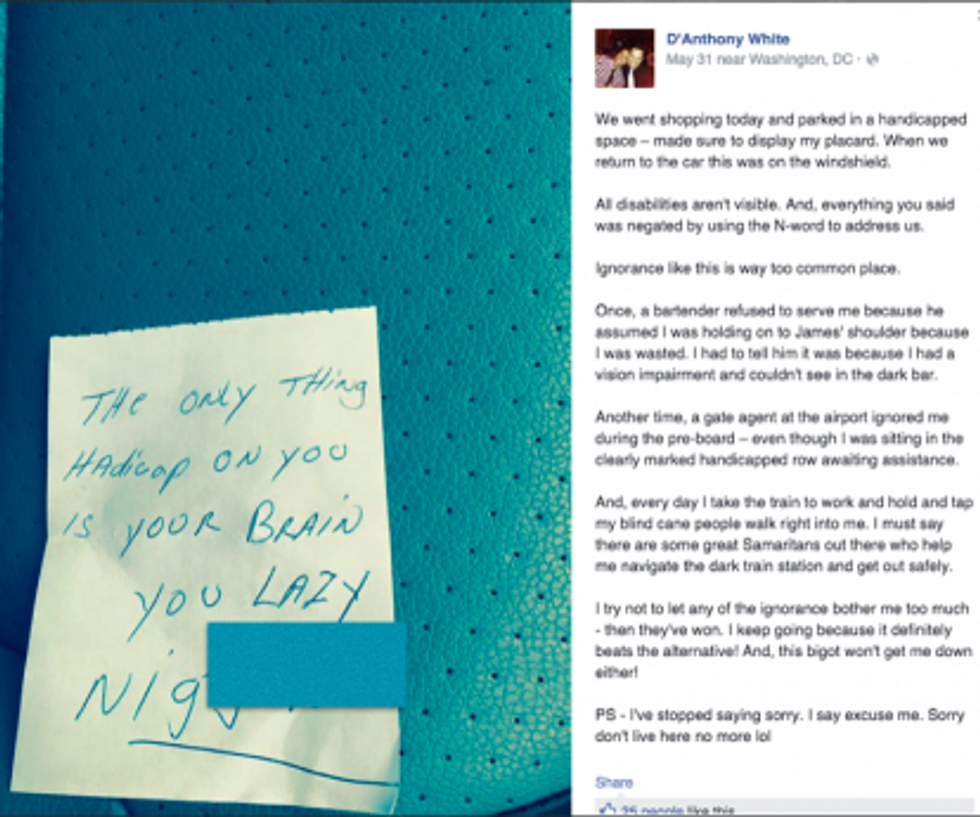 White says this weekend's parking lot incident is only the latest example of harassment directed at him for having a disability other people can't immediately observe. "I try not to let any of the ignorance bother me too much - then they've won," White writes in his Facebook post. "I keep going because it definitely beats the alternative! And, this bigot won't get me down either."

"From a distance, I'm a tall, healthy looking, strong guy. So people don't think 'disabled'," White tells reporters. But, he says, having a handicapped placard helps make parking lot navigation a physical possibility for him.

"All disabilities are not visible," White points out. "Just because you can't see my disability, don't make the assumption I don't have one." White adds that he does not owe repeated explanations to strangers in parking lots about how specifically he demonstrated eligibility for a handicapped parking placard.

Fox 5 says that disability rights advocates report an uptick in parking lot harassment, including property damage to cars and an apparent anthology of mean, anonymous notes. "Just because the logo for handicapped parking shows someone in a wheelchair," a broadcast reporter tells viewers, "doesn't mean that everybody who uses [a placard] will be in one."