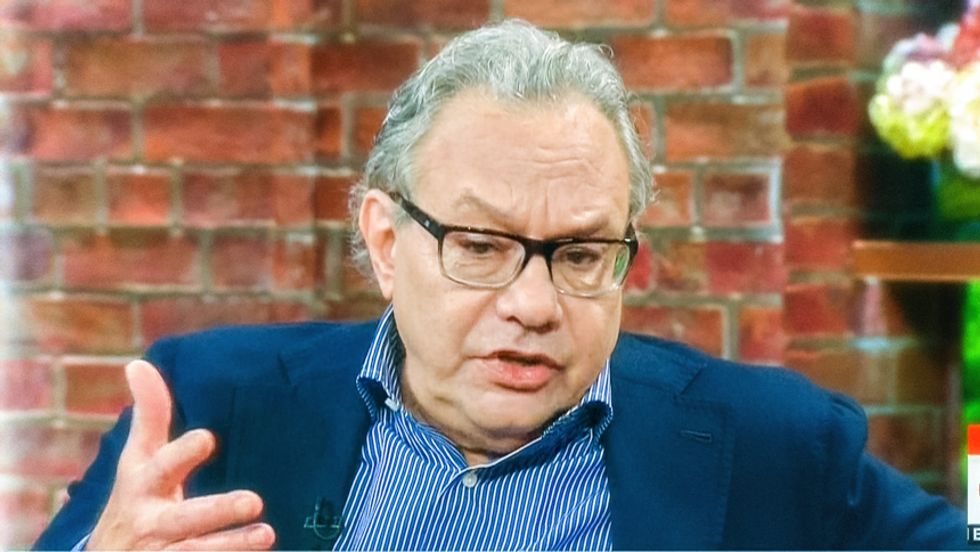 Comedian Lewis Black on Wednesday shamed Republican presidential candidates who had refused to take a position on the Confederate flag flying on the South Carolina statehouse grounds.

In an interview on CNN, Black recalled that he attended college at the University of North Carolina in 1967, and that the Confederate flag had been banned after his first year.

"What did you make of a lot of the Republican candidates not wanting to discuss it early on, saying it's a straight state's rights issue?" CNN host Chris Cuomo wondered.

"It's a kind of a tough... tough titties to put it simply," the comedian added as CNN cut his microphone.

"Which is Latin, of course, for -- it means, issues that you must deal with," Cuomo offered.

For those southerners who say that the flag is part of their history, Black said that they displayed it in public "for a long time" and "now it's time to move on."

"You can have it in your house!" he exclaimed. "If it's that important, put it over the fireplace! Stare at it! Wake up and look at the marvelous flag! Unbelievable."