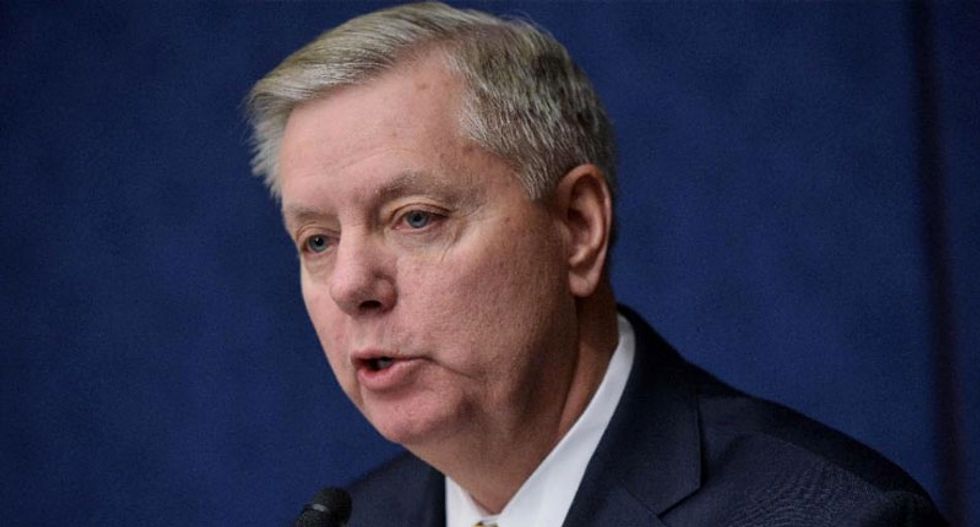 entered the race for the 2016 Republican presidential nomination on Monday, putting criticism of President Barack Obama's foreign policy at the forefront of his White House bid.

"Those who believe we can disengage from the world at large and be safe by leading from behind, vote for someone else. I am not your man," he said at an event in his hometown of Central, South Carolina to announce his candidacy.

Graham, 59, is the ninth Republican to declare he is running

for the White House in a field that includes better-known Republicans such as U.S. Senators Ted Cruz of Texas and Marco Rubio of Florida.

Former Florida Governor Jeb Bush and others are also likely to join the battle in the coming weeks.

A fierce critic of Obama's nuclear negotiations with Iran, Graham was one of 47 Republican senators who signed a letter of warning in March to the leadership in Tehran, a highly unusual intervention into U.S. foreign policymaking.

Graham said the United States needs to step up the fight against Islamist extremism abroad to prevent militants attacking America as they did on Sept. 11, 2001.

"I want to be president to defeat the enemies trying to kill us, not just penalize them or criticize them or contain them, but defeat them," he said. "Simply put, radical Islam is running wild."

Graham, a well-known face on Sunday U.S. news programs, often aligns with Senator John McCain of Arizona, one of his best friends.

The South Carolina senator served as an Air Force lawyer in West Germany during the Cold War in the 1980s and visited Iraq and Afghanistan as an Air Force reserve colonel in recent years during his time in Congress.

While hawkish on military intervention abroad, Graham has come under fire from conservative Republicans for working with Democrats in Congress on issues such as immigration reform and climate change.

Having South Carolina as a home base could work to Graham's advantage, since the Southern state is one of the first to hold a nominating contest in presidential election years, after Iowa and New Hampshire. The general election is in November 2016.

Graham sprung to national prominence as one of 13 House of Representatives Judiciary Committee Republicans who served as "managers", the equivalent of prosecutors, in the 1999 Senate impeachment trial of then President Bill Clinton.