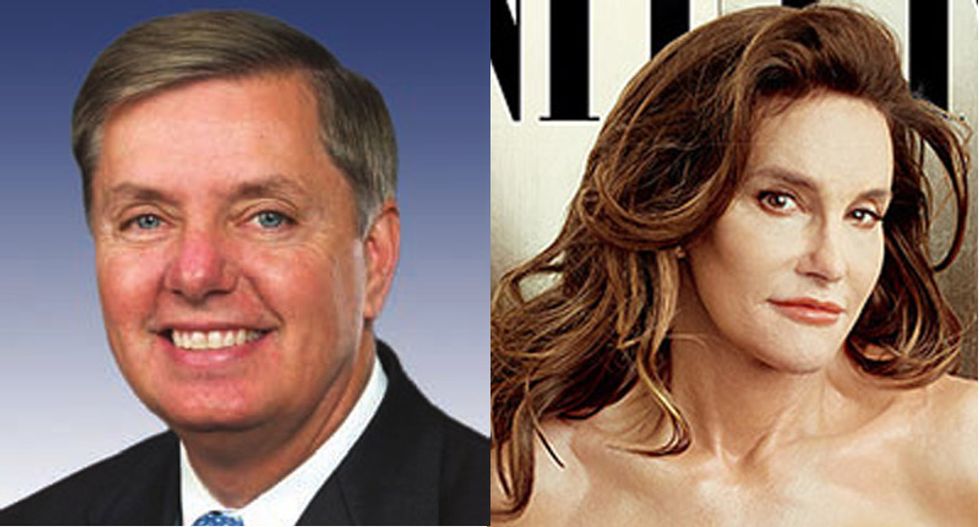 In an interview with Sen. Lindsey Graham (R-SC), the recently announced candidate for the 2016 GOP presidential nomination said that Caitlyn Jenner should vote for him, while admitting that "I haven't walked in her shoes."

Speaking with Dana Bash on CNN, Graham spoke about the former Olympic athlete who recently came out as Caitlyn Jenner on the cover of Vanity Fair magazine, and defended her against conservatives who say they want no part of her in the Republican Party.

Graham said that Jenner, who identifies as a Republican, would be welcome in his campaign and that he would love to have her vote.

"If Caitlyn Jenner wants to be safe and have a prosperous economy, vote for me,” Graham said. “I’m into addition.”

Occasionally stumbling over pronouns, he added, "I haven’t walked in her shoes. I don’t have all the answers to the mysteries of life, and I can only imagine the torment Bruce Jenner went through. I’m a pro-life, traditional kind of guy, but I’m running to be President of the United States. If Caitlyn Jenner wants to be a Republican, she is welcome in my party.”

Asked if the party should reach out to transgendered Americans, Graham recited a litany of his positions before adding that -- should the Supreme Court approve same sex marriage -- he would accept their decision despite his belief in traditional marriage.

Watch the video below, uploaded to YouTube by The Daily Caller: