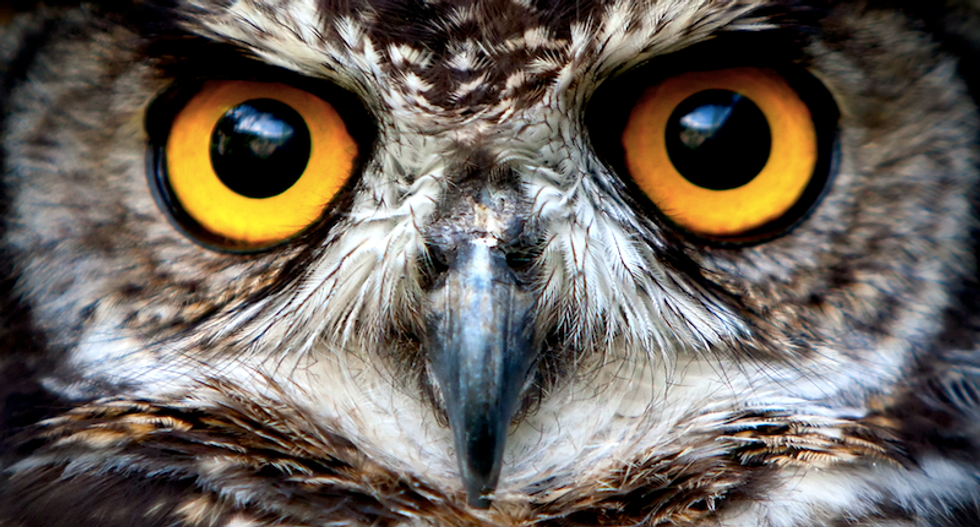 An online pharmacy sells a homeopathic insomnia remedy made from owls under the premise that the sleep disorder afflicts patients who have developed characteristics of the nocturnal bird.

The treatment, along with many other homeopathic remedies, is covered under the United Kingdom’s National Health Service – much to the chagrin of physicians, scientists, and rationalists.

Michael Marshall, of the Good Thinking Society, decided to call up Freemans Homeopathic Pharmacy, which stocks more than 3,400 remedies, to find out more about the homeopathic owl treatment.

“I don’t know how you go about making a remedy from an owl, really,” Marshall says on a recording of the call posted online.

An operator tells him the remedy is made from owl feathers, and Marshall tells her “that makes sense.”

“And is that for people who are allergic to owls?” Marshall asks, deadpan.

The operator warns Marshall that the homeopathic owl treatment is not available over the counter, but must be prescribed by doctors and practitioners.

Homeopathic medicine, which was developed a few decades before the widespread acceptance of the germ theory of disease, is premised on the idea that if a substance triggers the symptoms of an illness, then it should be used to treat those symptoms – but in much smaller doses.

In fact, homeopaths say the more the substance is diluted – and especially if it’s also shaken – the more effective it is.

Some homeopathic remedies are so diluted in water that they actually contain no trace of whatever substance is being used for treatment – but that’s perfectly fine, because homeopaths say the liquid "remembers" the original substance.

In other words, according to homeopathic principles, a glass of whiskey that was diluted until it contained no alcohol molecules should get a person more drunk than a shot of straight booze.

Freemans, which is based in Scotland, offers a cornucopia of bizarre remedies – such as asbestos, boa constrictor, Coca-Cola, E. coli, koala bear, uranium, and numerous vaccines.

“You get to weird places very quickly when you get into bed with quackery,” Marshall told Mirror Online.

Most doctors and scientists agree that any positive health benefits gained from homeopathic remedies are due to the placebo effect, but homeopathic medicine is covered under the UK’s public health service.

France and Luxembourg also cover homeopathic medicine, and India recognizes homeopathy as one of its national systems of medicine.

Australia’s medical board urged doctors this month to stop prescribing homeopathic remedies, and the Canadian Pediatric Society is urging Health Canada to tighten its rules on labeling homeopathic “vaccines,” or nosodes.

The Federal Trade Commission has planned a Sept. 21 public workshop to examine advertising for homeopathic remedies in light of recent class actions against their manufacturers and scientific studies questioning their effectiveness.

Many U.S. insurance carriers cover homeopathic remedies if they are prescribed by licensed professionals.

Marshall and others are campaigning to stop NHS funding for “completely worthless” homeopathic medicines, which he said costs Britons upwards of $7 million a year.

“People are being told that it works when there's no evidence that it does,” he said.

Watch this video of Marshall speaking to an operator from Freemans Homeopathic Pharmacy posted online by Good Thinking Society:

Colorado Republican wants to eliminate 'one person, one vote' and create a system that could give GOP an advantage

On Wednesday, 9NEWS reported that a Republican candidate for governor of Colorado is proposing that the state eliminate the popular vote in statewide races — and instead adopt a quasi-electoral college system that, in his design, would give dramatically more power to less populated, more Republican areas.

"Former Parker Mayor Greg Lopez, who holds the top line on the 2022 Republican primary ballot, says Colorado should create an electoral college system for electing candidates to statewide office," reported Kyle Clark. "The plan, which would be the first of its kind on the state level, would give far more voting power to Coloradans in rural, conservative counties and dilute the voting power of Coloradans in more populous urban and suburban areas. Lopez outlined his proposal at a May 15 campaign stop in Silverton. An audio recording of the event made by a political tracker was provided to 9NEWS."