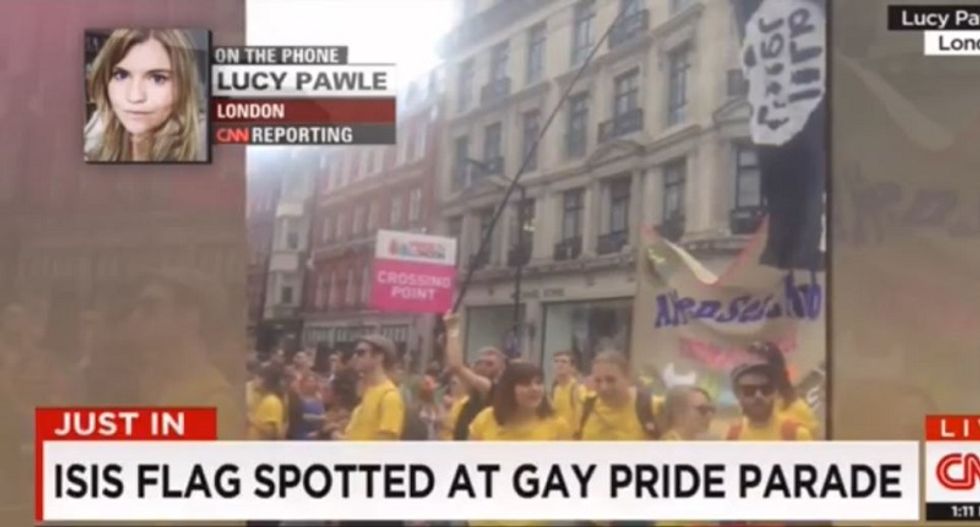 Pawle tells CNN anchors that she was leaving work when she happened upon the annual London Gay Pride festival. She was shocked to see a man dressed in black and white carrying what she called "a very bad mimicry" but a "very clear attempt to mimic the ISIS flag."

Taking a closer look, she could tell the writing was not Arabic. No one else seemed to be concerned about it, so she went to the event organizer and the police, both of whom seemed to brush her off.

"It was an extremely strange and unnerving thing to see," she says. Fair enough, considering ISIS claimed responsibility for a string of three international attacks on Friday in France, Kuwait and Tunisia. The attack on a resort in the Tunisian city of Sousse resulted in 38 deaths, 15 of them British nationals, the Telegraph reports.

Watch the CNN report posted to YouTube by Tony Hodges below: