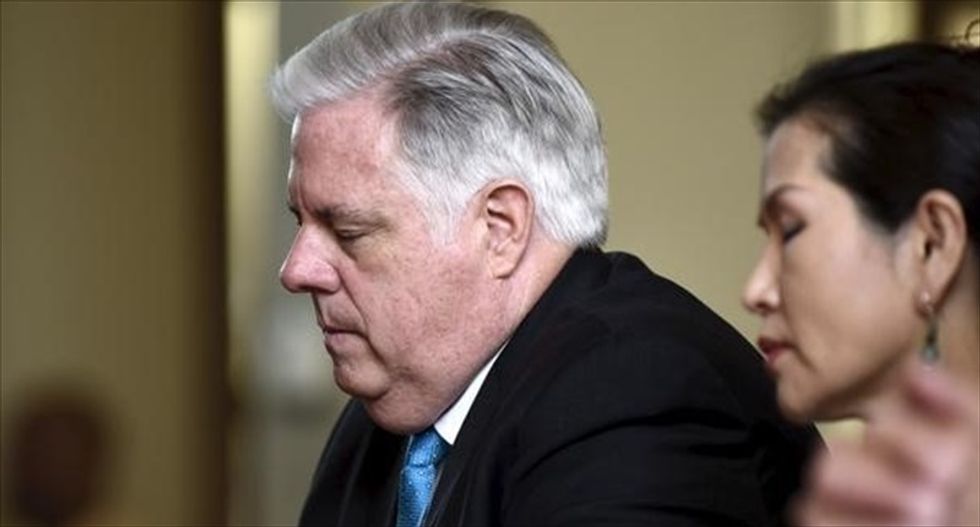 Maryland Governor Larry Hogan, a Republican who took office in January, said on Monday he has been diagnosed with an aggressive form of cancer of the lymph nodes.

Hogan, 59, told a news conference in the capital, Annapolis, that he would continue to work while undergoing chemotherapy to treat the non-Hodgkins lymphoma.

"I'm feeling pretty good," he said, adding that he had a good chance of beating the disease altogether. Hogan called the diagnosis "shocking news" and said the cancer has spread to his abdomen and was pressing up against his spine.

Feeling ill, Hogan had canceled meetings and appointments since returning from a trade mission to Asia about two weeks ago.

(Reporting by Ian Simpson and Eric Beech in Washington)