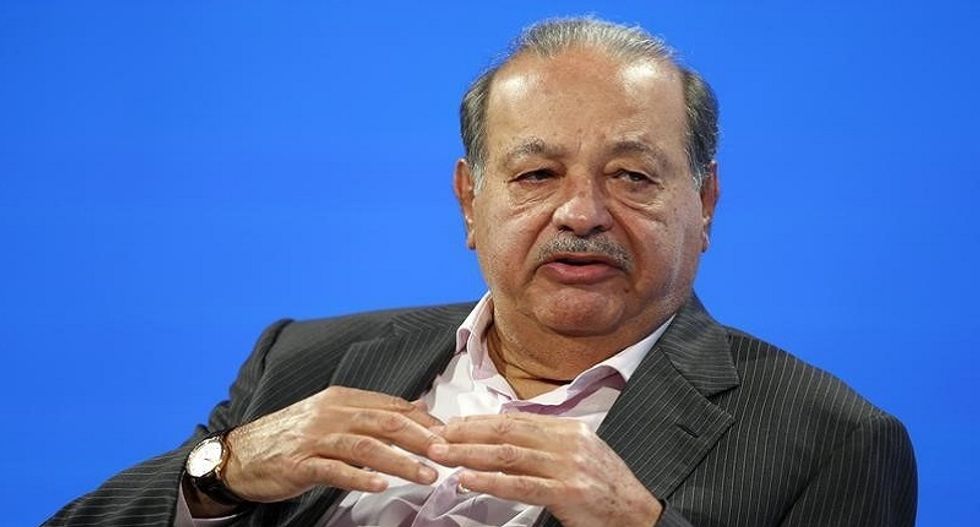 This is the third company to cut ties with Trump, who is seeking the Republican nomination for the November 2016 presidential election. NBC said earlier on Monday that it would no longer air the "Miss USA" and "Miss Universe" pageants due to his comments. Spanish-language broadcaster Univision [UVN.UL] also said on Thursday it would not air the "Miss USA" pageant.

Ora TV, a production company co-founded by Slim and TV personality Larry King and funded by America Movil , canceled a program it was working on with some of Trump's companies, Slim's spokesman and son-in-law Arturo Elias said.

"His statement was totally out of line...working with someone so closed-minded was not going to work," Elias said, adding that the comments were racist.

Trump, earlier this month, described migrants from Mexico to the United States as drug-runners and rapists.

Telecoms magnate Slim is the world's second-richest man, with a net worth of around $71.1 billion, according to Forbes. Trump is at number 405 on the list, worth $4.1 billion.

The Financial Times first reported the cancellation of the project earlier on Monday.