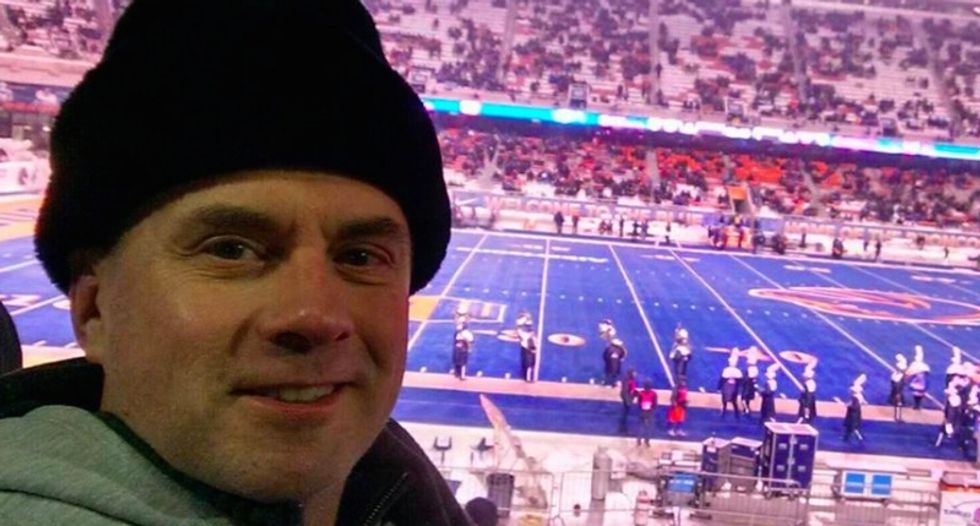 State representative Gary Glenn (R-Midland) says school officials who normalize homosexuality in the classroom should be held liable for STDs any of their students happen to contract.

"When young people rely on what they hear at school," Glenn says in a 2013 video Right Wing Watch unearthed this week, they "put themselves at severe medical risk by engaging in homosexual behavior. Whether it's HIV/AIDS or cancer or hepatitis or STDs or, according to one medical journal, premature death by 20 years. If some young person hears at school it's okay to be gay and then comes down with a fatal disease as a result, school officials should be held legally liable, individually and in their official capacities, financially, and maybe even criminally."

The video is from a documentary 30-minute documentary called, "Light Wins: How To Overcome The Criminalization Of Christianity."

Glenn's Twitter bio describes him as a "conservative" who supports laws to weaken unions, the privatization of America's public schools, and "free market healthcare reform."

The right-wing lawmaker is the president of his state's American Family Association, and a member of the Midland Baptist Church, the National Rifle Association, and Midland County Sportsmen's Club, according to Glenn's official biography. During his 2012 campaign for U.S. Senate, Glenn earned endorsements from "a statewide coalition of four dozen local TEA Party organizations," Right to Life of Michigan, the National Right to Work PAC, the National Association for Gun Rights, and Republican presidential candidate, Mike Huckabee.

Throughout his political career, Glenn has made it a point to speak out and legislate against gay rights. In 2010, he filed a lawsuit against the federal Hate Crimes Prevention Act, arguing, "the sole purpose of this law is to criminalize the Bible and use the threat of federal prosecutions and long jail sentences to silence Christians from expressing their Biblically-based religious belief that homosexual conduct is a sin."

Glenn took some heat on social media in April for accusing the Midland Daily News of having a gay "agenda."

Watch Michigan Republican Gary Glenn opine on legal ramifications for educators who teach children it's not wrong to be gay: