Michigan Tea Partier: My bills won't forbid gay marriage -- but they will require clergy to sign off 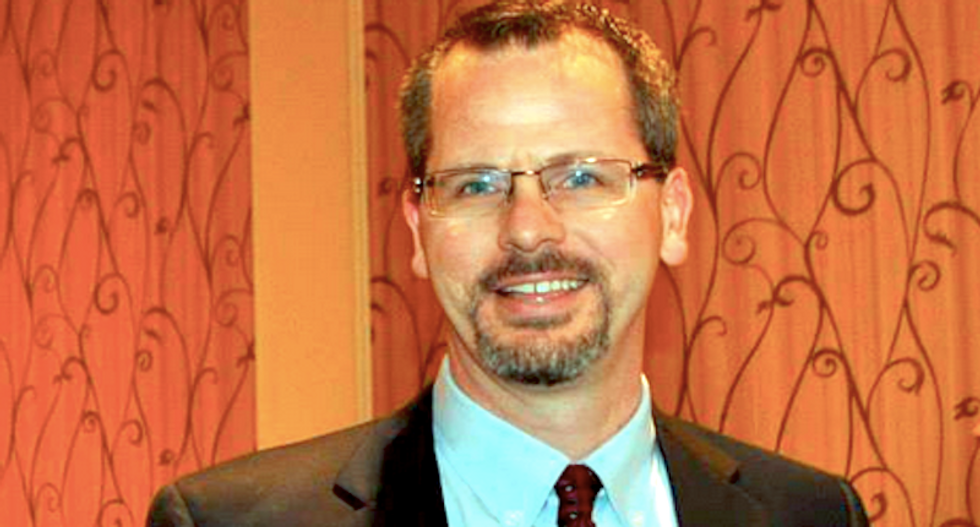 A Michigan lawmaker lashed out at critics of his bills that would require clergy members to sanction any marriage performed in the state.

State Rep. Todd Courser (R-Lapeer) introduced three House bills that are expressly intended as an end-around to a possible U.S. Supreme Court ruling that would essentially allow same-sex marriage in all 50 states.

If passed, the bills would prohibit municipal and judicial officials from performing weddings – which Courser said was intended to protect them from being forced to perform same-sex marriage ceremonies.

However, he plans to file a bill that would also prohibit religious figures from being forced to perform same-sex marriage ceremonies.

Courser insisted his “bills do not in any way restrict gay or atheist marriage at all” – so long as they can find a clergy member who is “willing to ‘marry’ gay and atheist couples.”

“If the couple does not want to have a religious wedding then they are free to simply file an affidavit attesting that they are married,” Courser said. “They can do this without ever having to have a ceremony.”

The Tea Party lawmaker said the Founding Fathers never intended the government to be involved in weddings, and he said the bills were intended to deregulate marriage “from the clutches of government.”

Courser, who argued against state standards for teachers because basically anyone can teach scripture, said God had granted him free will to choose to be religious or not.