Microdosing -- a new, low-key way to use psychedelics 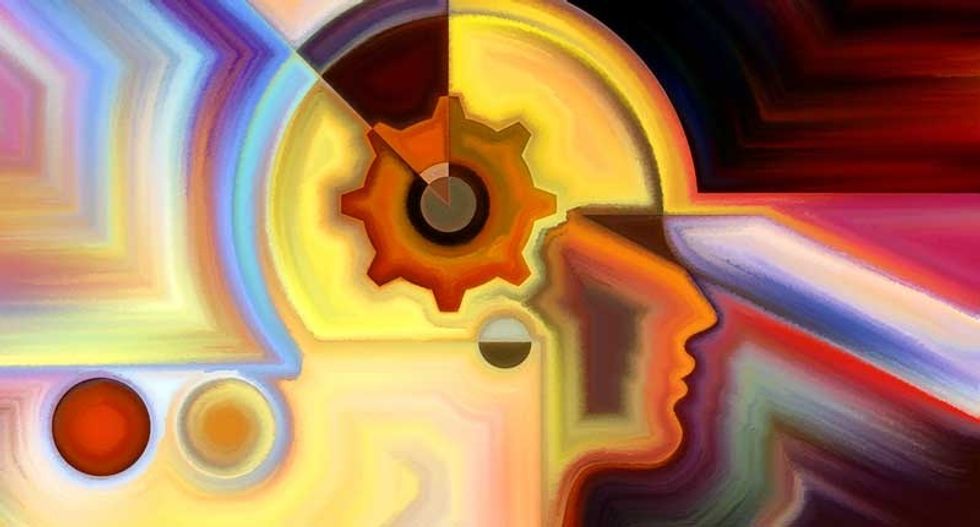 At the fifth annual Horizons: Perspectives on Psychedelics conference in New York City in October 2011, pioneering psychedelic researcher Dr. James Fadiman solidified his reemergence as a leading researcher of and advocate for psychedelic substances. Fadiman had done groundbreaking research with LSD up until the very day it was federally banned in 1966, but after that, he retreated into a life of quiet conventionality—at least on the surface.

While Fadiman disappeared himself from the public eye for decades, he never did give up him interest in and enthusiasm for psychedelics. A year before appearing at Horizons, he published his life's work, The Psychedelic Explorer’s Guide, an amazing compendium of hallucinogenic lore, as well as a user's manual for would-be psychonauts.

The book examined the primary uses for psychedelics, such as spiritual enlightenment at high doses and improvements in creativity at smaller ones. It also addressed a lesser-known but increasingly popular phenomenon: microdosing.

Microdosing refers to taking extremely small doses of psychedelics, so small that the affects usually associated with such drugs are not evident or are "sub-perceptual," while going about one's daily activities. It's being done by anyone from harried professionals to extreme athletes to senior citizen businesswomen, and they're claiming serious benefits from it.

To trip brains (or have a transcendental experience) on LSD, a dose of 400 micrograms or more is called for; to explore your inner self, take 200 micrograms; for creative problem solving, try 100 mikes; but for microdosing, take only 10 to 15 micrograms. Similar microdoses for other psychedelics would include 0.2-0.5 grams of dried mushrooms (about one-fifth the normal dose) or about 50-75 micrograms of mescaline.

At that Horizons conference, as reported by Tim Doody in a fascinating profile of Fadiman, the bespectacled 70-year-old at one point asked his audience "How many of you have heard about microdosing?" A couple of dozen hands went up. "Whoa," he exclaimed.

He explained that, beginning in 2010, he had been doing a study of microdosing. Since research with LSD remains banned, he couldn't do it in a lab, but had instead relied on a network of volunteers who administered their own doses and reported back with the results. The subjects kept logs of their doses and daily routines, and sent them via email to Fadiman. The results were quite interesting, he said.

"Micro-dosing turns out to be a totally different world," he explained. "As someone said, the rocks don’t glow, even a little bit. But what many people are reporting is, at the end of the day, they say, ‘That was a really good day.’ You know, that kind of day when things kind of work. You’re doing a task you normally couldn’t stand for two hours, but you do it for three or four. You eat properly. Maybe you do one more set of reps. Just a good day. That seems to be what we’re discovering."

Study participants functioned normally in their work and relationships, Fadiman said, but with increased focus, emotional clarity, and creativity. One physician reported that microdosing put him "in touch with a deep place of ease and beauty." A singer reported being better able to hear and channel music.

In his book, a user named "Madeline" offered this report: "Microdosing of 10 to 20 micrograms (of LSD) allow me to increase my focus, open my heart, and achieve breakthrough results while remaining integrated within my routine. My wit, response time, and visual and mental acuity seem greater than normal on it."

These results are not yet peer-reviewed, but they are suggestive.

"I just got a report from someone who did this for six weeks," Fadiman said. "And his question to me was, ‘Is there any reason to stop?’"

It isn't just Fadiman acolytes who are singing the praises of microdosing. One 65-year-old Sonoma County, California, small businesswoman who had never heard of the man told AlterNet she microdosed because it made her feel better and more effective.

"I started doing it in 1980, when I lived in San Francisco and one of my roommates had some mushrooms in the fridge," said the woman, who asked to remain anonymous. "I just took a tiny sliver and found that it made me alert and energized all day. I wasn't high or anything; it was more like having a coffee buzz that lasted all day long."

This woman gave up on microdosing when her roommate's supply of 'shrooms ran out, but she has taken it up again recently.

"I'm very busy these days and I'm 65, so I get tired, and maybe just a little bit surly sometimes," she admitted. "So when a friend brought over some chocolate mushrooms, I decided to try it again. It makes my days so much better! My mood improves, my energy level is up, and I feel like my synapses are really popping. I get things done, and I don't notice any side-effects whatsoever."

She's not seeking visionary experiences, just a way to get through the day, she said.

In an in-depth post on the High Existence blog, Martijn Schirp examined the phenomenon in some detail, as well as describing his own adventure in microdosing:

"On a beautiful morning in Amsterdam, I grabbed my vial of LSD, diluted down with half high grade vodka and half distilled water, and told my friend to trust me and open his mouth. While semi-carefully measuring the droplets for his microdose, I told him to whirl it around in his mouth for a few minutes before swallowing the neuro-chemical concoction. I quickly followed suit," Schirp wrote. "We had one of the best walking conversations of our lives."

"Virtually all athletes who learn to use LSD at psycholytic [micro] dosages believe that the use of these compounds improves both their stamina and their abilities," Oroc continued. "According to the combined reports of 40 years of use by the extreme sports underground, LSD can increase your reflex time to lightning speed, improve your balance to the point of perfection, increase your concentration until you experience 'tunnel vision,' and make you impervious to weakness or pain. LSD’s effects in these regards amongst the extreme-sport community are in fact legendary, universal, and without dispute."

Even the father of LSD, Albert Hofman seems to have been a fan. In his book, Fadiman notes that Hofmann microdosed himself well into old age and quoted him as saying LSD "would have gone on to be used as Ritalin if it hadn't been so harshly scheduled."

Psychonauts, take note. Microdosing isn't going to take you to another astral plane, but it may help you get through the day. For more infomation on the microdosing experience, dig into the links up-story, as well as the Reddit user forum on microdosing. Surprisingly enough, the vaults of Erowid, that repository of drug user experiences, returned only one entry about microdosing, from someone who appears to have been a subject in the Fadiman microdosing experiments.

And, of course, if you want to try this, you have to obtain some psychedelics. They're illegal, which doesn't mean they aren't around. An increasing number of people are finding them on the dark web; others obtain them the old-fashioned way: from within their own communities. Those who are really interested will get to work.