Mike Huckabee quietly pulling away from the poisonous Duggar clan 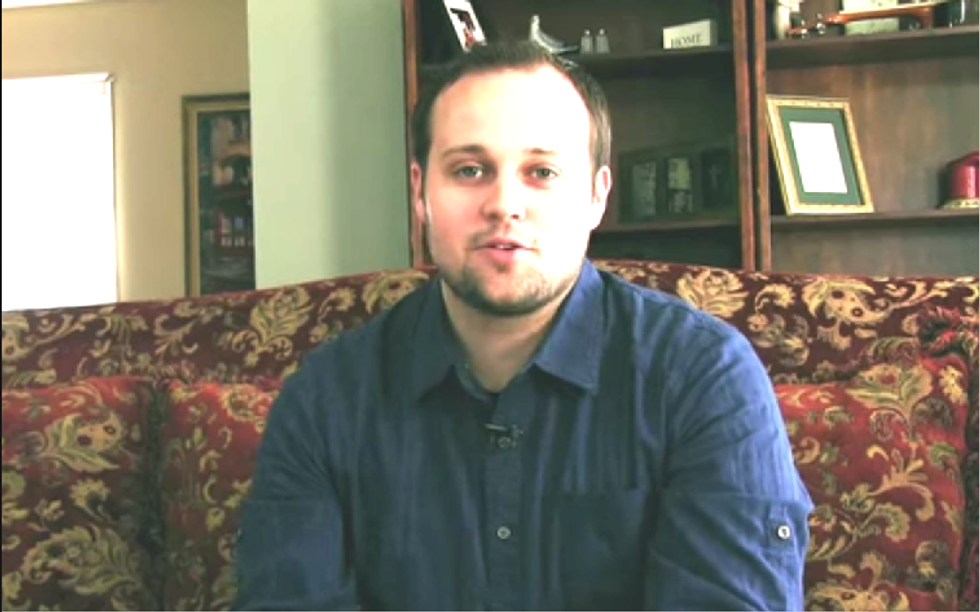 Whoops! I guess Mike Huckabee is beginning to grasp that it's unwise, if you're trying to pretend you're not a misogynist fuckwit who uses "Jesus" as a cover for your woman-bashing urges, to keep associating with the Duggars, who have been conclusively proving in public that they are not so much wholesome as they would like you to believe as they are just, well, a woman-bashing religious cult that uses "Jesus" as cover for men living a grotesque patriarchal fantasy where women are basically property and child molestation is considered less serious than women not presenting their grooms with the fantasy of despoiling an untouched virgin as wedding presents. Huckabee was at the front of the defend-the-Duggars response to the child molestation scandal, but now he's putting a little distance between him and his cultish buddies.

The Duggar endorsements enjoyed top billing on the campaign site's "I Like Mike" sidebar on May 22, the day Huckabee issued a full-throated defense of the family following the publication of a 2006 police report that showed the Duggar's eldest son, Josh, was investigated for molesting five underage girls when he was a teenager. Parents Jim Bob and Michelle Duggar said that four of the victims were Josh's sisters, while the fifth was a babysitter, during an interview with Fox News' Megyn Kelly that aired Wednesday night.

Jim Bob, a former Arkansas state representative, and Michelle Duggar endorsed Huckabee both for his 2008 and 2016 presidential campaigns. Their endorsements did not appear in the "I Like Mike" section of the site Thursday morning. Archived versions of the campaign site show that the endorsements were removed sometime Monday night.

As I noted at Slate, conservatives are really being pulled in two directions here. On one hand, supporting a bunch of over-the-top religious nuts whose misogyny runs so deep that they can barely be moved to treat sexual abuse like it's anything more than boyish antics isn't a good look. On the other hand, the Duggars do piss off the liberals. Will wisdom win out over their baser urges? Between this scandal and the Dennis Hastert revelations this week, perhaps the greater question, does it ever?