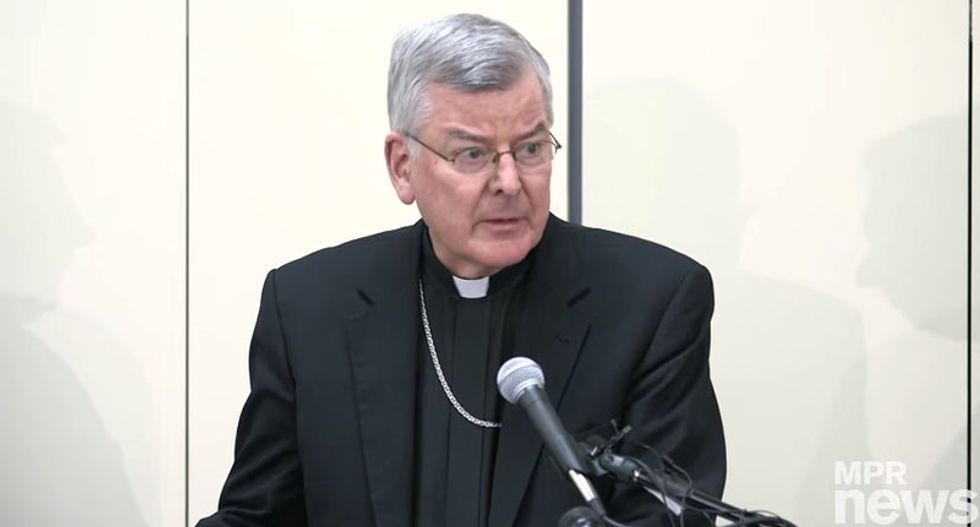 The archbishop and an auxiliary bishop of the Roman Catholic Archdiocese of St. Paul and Minneapolis resigned on Monday amid charges the archdiocese failed to protect children from a sexually abusive priest.

Earlier this month, prosecutors in Minnesota brought criminal charges against the archdiocese, accusing it of failing to protect children from a priest, Curtis Wehmeyer, who pleaded guilty in 2012 to sexual abuse and possession of child pornography.

Nienstedt said in his statement that he submitted his resignation "to give the archdiocese a new beginning amidst the many challenges we face."

"My leadership has unfortunately drawn attention away from the good works of His Church and those who perform them. Thus, my decision to step down," Nienstedt said in his statement.

Piché said in his statement that people of the archdiocese need healing and hope. "I was getting in the way of that and so I had to resign," he said.

The charges against the archdiocese, which filed for bankruptcy protection in January, added to the child sexual abuse scandal involving the Catholic Church in many U.S. cities.

Wehmeyer is serving a five-year prison sentence. He also is awaiting trial on charges bought by Wisconsin prosecutors in November 2014 accusing him of sexual assaulting a third minor.

Pope Francis has appointed Bernard Hebda apostolic administrator of the archdiocese, according to a letter from Hebda posted on the archdiocese website.