Missouri students slam curfew for women: It's on the 'Mount Rushmore of University Incompetence' 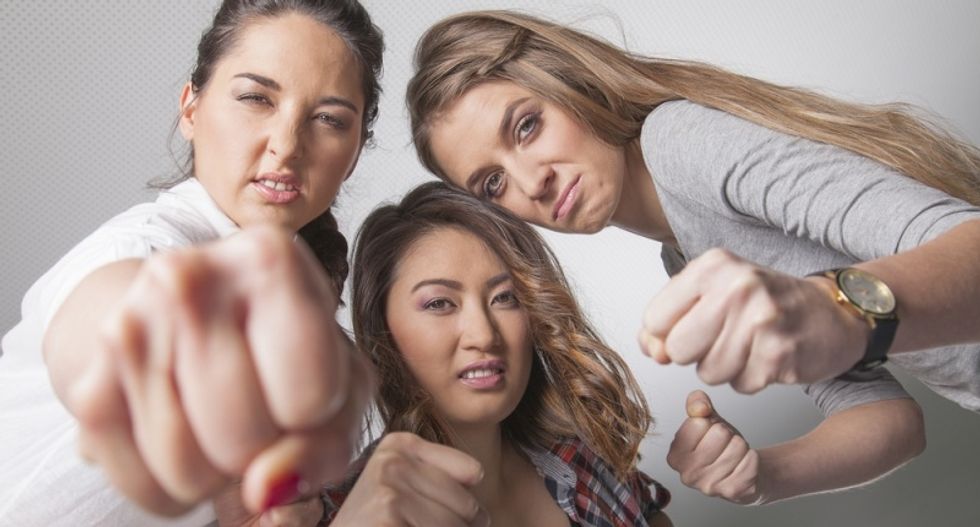 Students at the University of Missouri-Columbia are organizing against proposed rules at the college banning female students from fraternity houses at times officials say the women are at the highest risk of sexual assault, the St. Louis Post-Dispatch reports.

In response to a spate of rapes and other attacks against women on campus, the Mizzou Fraternity Alumni Consortium drafted new rules with the goal of keeping its co-eds safe. The proposals leaked and members of sororities and fraternities alike are up in arms about policies they say are sexist and dangerous.

The first policy listed in the consortium's "Safety of Women Students in Fraternity Houses" document stipulates that, "Women students are restricted from being guests in fraternity houses during certain high risk periods. The high risk periods are: 10:00 p.m. until 3:00 a.m. on Thursday, Friday, and Saturday nights;  every night during the first week of each semester (syllabus week); the night of Stop Day each semester."

Further, the consortium requires fraternities to hire security personnel to enforce gender segregation at prescribed times -- and be subject to auditing for compliance: "Student Conduct will hold all students accountable, including women students, for violating these policies and rules."

The University of Missouri's Panhellenic Association, which oversees sorority affairs, decries what its members perceive as bad decision making by out-of-touch administrators.

"The goal is to address the safety of women students in fraternity houses," the Association writes, "but the proposal was written by men who are not entrenched in daily campus, fraternity and sorority life."

"By restricting women from certain locations under the guise of 'safety,'" the sorors continue, "this policy lends itself to the notion that women cannot make choices for themselves about their own safety. Additionally, this policy might inadvertently give men within fraternity houses the right or feeling of entitlement to treat women who do not abide by this rule as the men wish. This could lead to an increase in dehumanizing or making women counterparts inferior to the fraternity men. We do understand that this policy was suggested as a means to protect women from an unsafe environment. However, if women would be unsafe during the hours of 10 p.m. through 3 a.m. on Thursday, Friday, and Saturday night, we implore fraternities to remove the members who are currently contributing to an unsafe environment and to recruit members who will not make an environment unsafe in the future."

University administrators plan to host an invitation-only summit about potential changes to fraternity regulations later this month. Sorority representatives, along with their male counterparts, will be in attendance.

Ted Hellman, a spokesman for the consortium, tells the St. Louis Post-Dispatch, "People are getting all riled up over old and incomplete information." He urges critics to "stay calm" while proposals get hammered out this summer.

Writing for Total Frat Move, University of Missouri alum and frat member Rob Fox describes the consortium's proposals as "more out of touch than a dad’s MySpace page laden with Austin Powers references."

Fox focuses his ire especially on rules controlling the whereabouts of female students. "Ironically, the people this proposal is most closely aimed at protecting — the Greek women of Mizzou — are the most offended by it, and the most ardent adversaries of it. Which is weird, because usually a bunch of old white guys telling women what’s best for their health goes over so well," Fox writes.

The University of Missouri's reasoning that giving adult women curfews is an effective strategy for dealing with campus sexual assault "might belong on the Mount Rushmore of University Incompetence," Fox concludes.