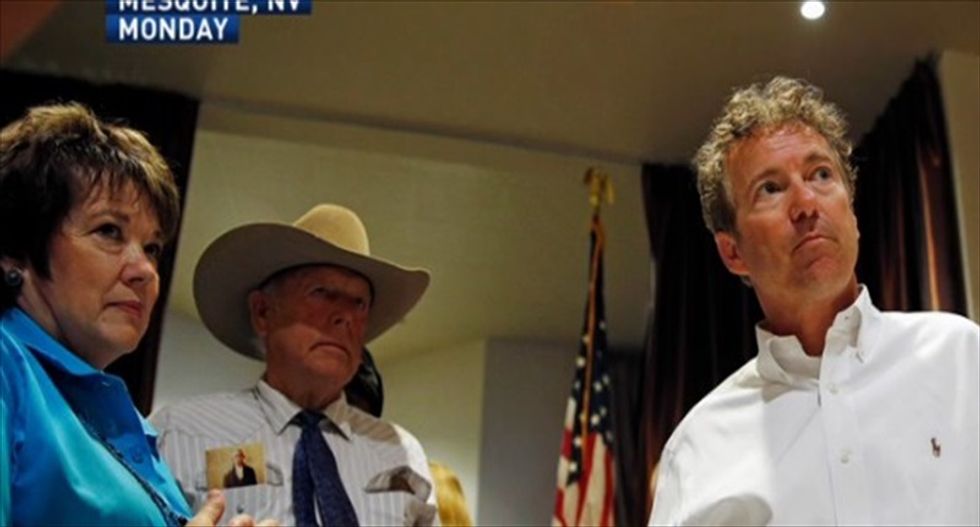 "He figures that he gains more by siding with a Cliven Bundy than by being opposed to his vitrolic viewpoints and racist beliefs," Dyson said of the senator. "And you would think that Rand Paul would be more careful in the aftermath of what happened in Charleston, and the nation's swing against Confederate flags and other symptoms of racial animus in this country."

Paul and Bundy met at a campaign stop on Monday, after which Bundy said he was "in tune" with Paul while the senator, apparently ignoring Bundy's remarks about "the Negro" last year -- which caused Bundy to fall out of favor with many conservatives -- emphasized his beliefs that states should have control over "land use issues and animal issues, endangered species issues," as opposed to the federal government.

Dyson described the encounter as one example of how Paul can go from sounding like Noam Chomsky one moment to sounding like pro-segregation Gov. George Wallace of Alabama the next.

"This is the George Wallace moment," Dyson said.