MSNBC's Lawrence O'Donnell: Antonin Scalia is 'the Donald Trump of the Supreme Court' 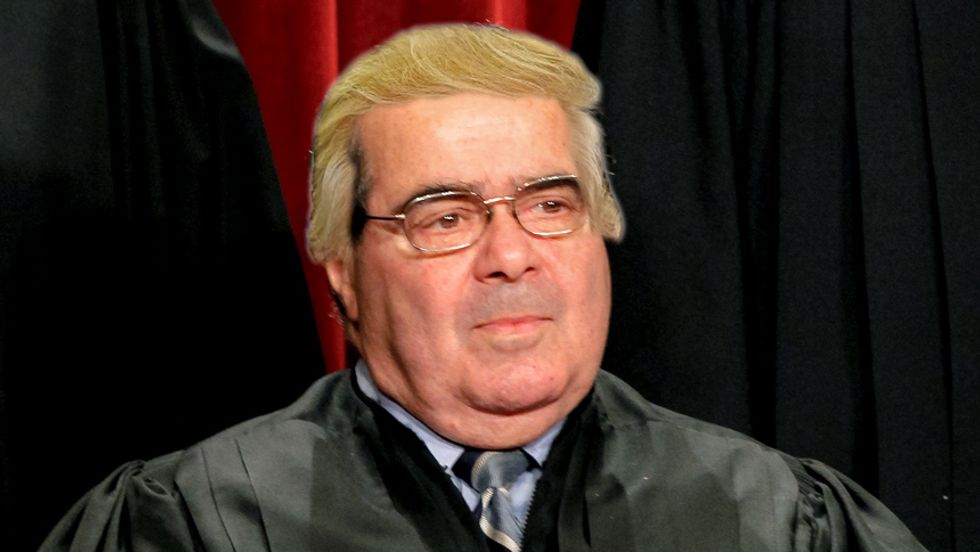 "With Antonin Scalia sounding more like the Donald Trump of the Supreme Court every day, today the Supreme Court ended its term and issued a 5-4 ruling that drugs with unpredictable effects can be used in death penalty cases," O'Donnell noted. "And that those drugs do not violate the Eighth Amendment prohibition on cruel and unusual punishment."

O'Donnell pointed out that Scalia was increasingly including "terrible bits" of writing in his opinions.

Former New York Times Supreme Court reporter Linda Greenhouse argued that Scalia's writing revealed that he had become angry about failing to create a true legacy for his judicial philosophy.

"Here's a man who is approaching near 80 years old, he's been on the Supreme Court for a long time, and he has failed," she observed. "His project has failed. He's failed to persuade his fellow justices to adopt his view of constitutional interpretation, so-called originalism. I mean, look at the marriage decision, that has nothing to do with originalism."

"He's failed to persuade his fellow justices to accept his view of interpreting statutes," Greenhouse continued. "Look at the health care decision from last week."

"And you know, if you're really going to list the accomplishments of Justice Antonin Scalia, they are very few and far between. Beyond the Second Amendment, I actually can't think of any. So you know, he's angry."

Watch the video below from MSNBC's Last Word with Lawrence O'Donnell, broadcast June 30, 2015.