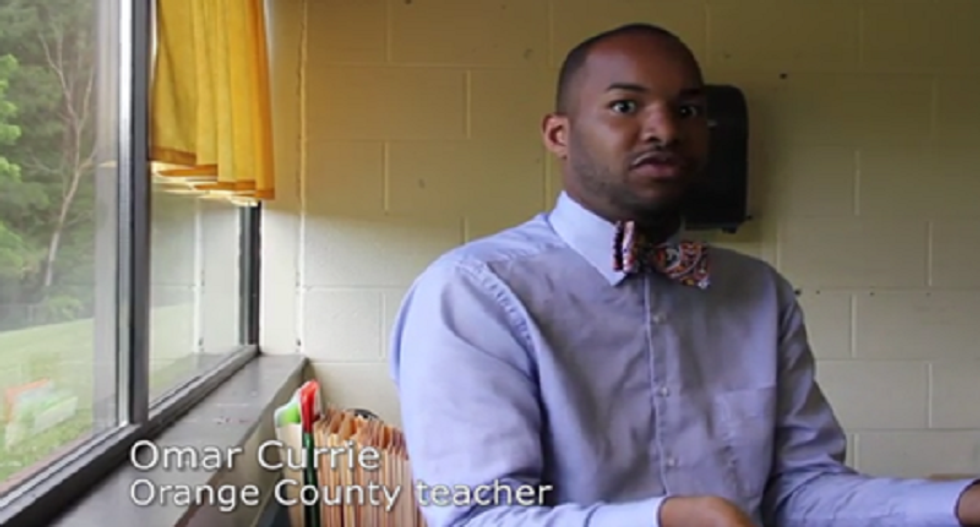 Third grade teacher Omar Currie of Efland, North Carolina,  saw some of his students teasing a little boy who he described as acting "a little feminine" and using negative gay stereotypes. So he did what seems to be the logical thing. To relieve the stigmatized child and teach his tormentors a gentle lesson, Currie sat his class down on an April day and read them a children's fairy tale about two princes falling in love.

But Currie's story doesn't have a happy ending. This week he resigned, along with the assistant principal Meg Goodland who lent him the book, in the midst of a parental backlash, the News & Observer reports.

In response to parents' complaints over Currie's reading King and King, his school, Efland-Creeks Elementary, instituted a new policy requiring teachers to clear books they plan to read with parents first.

"This is nothing more than bringing homosexuality into a school where it does not belong," grandmother Lisa Baptist told a packed meeting at the school in May, according to the News & Observer.

Currie, who is himself gay, had said he would resign because he felt school administrators didn't support him. A review committee twice upheld Currie's decision to read the book, the News & Review reports.

He called it "insulting."

The decision to back Currie's call to read the book is being appealed to the superintendent, the Times reports, with a public meeting called Thursday to further discuss the book.