NRA unhappy with Obama over new rules to keep guns out of hands of mentally ill, domestic abusers 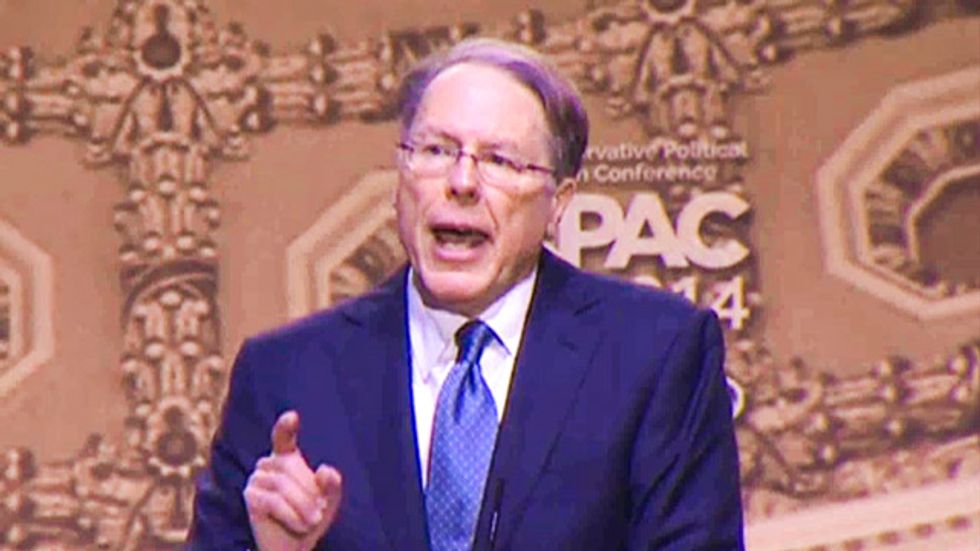 As the Justice Department prepares new regulations intended to keep guns out of the hands of the mentally Ill and domestic abusers, the NRA and guns rights activists are gearing up once again to call the Obama Administration "gun grabbers" out to disarm America.

According to The Hill, the Justice Department is moving forward with more than a dozen new gun-related regulations which they intend to implement before the end of the Obama administration.

Under the new rules, attempts will be made to keep guns out of the hands of people who are mentally ill or have been convicted of domestic abuse.

The Bureau of Alcohol, Tobacco, Firearms and Explosives (ATF) is looking to revive a rule proposed in 1998 that would block domestic abusers from owning guns, making it illegal for some who has been convicted of a misdemeanor domestic violence offense to purchase or own a gun.

Luke O’Dell of the National Association for Gun Rights, criticized the plans to implement any more rules, saying, “It’s clear President Obama is beginning his final assault on our Second Amendment rights by forcing his anti-gun agenda on honest law-abiding citizens through executive force."

Addressing the attempt to keep guns away from domestic abusers, Michael Hammond, legislative counsel for the Gun Owners of America said it goes too far.

“That could be a person who spanked his kid, or yelled at his wife, or slapped her husband,” he said before turning to the issue of the mentally ill and adding, “The Obama administration is trying very hard to disqualify people from owning a gun on the basis that they are seeing a psychologist."

As expected, the NRA chimed in, with a spokesman stating that the new gun laws stigmatize people with emotional problems and might have the effect of keeping them from seeking help if they might lose their guns.

“A person who experienced a temporary reaction to a traumatic event or who has trouble handling household finances may well be treated the same as a violent psychopath,” the NRA wrote. "Not only is this unjust and stigmatizing, it creates disincentives for those who need mental health treatment to seek it, increasing whatever risks are associated with untreated mental illness.”

Writing at Hot Air, Jazz Shaw added, "The real big ticket item here is the mental illness play. After all, who wants crazy people to have guns? But as with the domestic abuse provisions, crazy can be in the eye of the beholder, and blanket restrictions (as opposed to case by case evaluations) open the door to massive abuse, as has been proven repeatedly on the state level. The truly unstable and dangerously mentally ill may certainly have their Second Amendment rights suspended, but it needs to be conclusively proven, with the 'accused' having a chance to defend themselves from the charge."

Shaw also lamented the fact that some people suffering from anxiety and depression have already been deprived of having a gun close at hand.

"Many lost their rights for nothing more than having previously sought treatment or therapy for problems like anxiety or depression," he wrote. "Sweeping regulations like this on the national level could generate a similar list with numbers in the tens of millions."

At the American Thinker, Rick Moran held out hope that a Republican president in 2016 would dismantle any new gun laws.

"Some of these new regulations will be in court for years, so the president isn't likely to see many of them implemented. Indeed, if a Republican wins the White House in 2016, it's likely the worst of them will be withdrawn anyway," he wrote. "But before Obama bows out, his efforts to circumvent Congress again and issue decrees that restrict gun rights will cost Second Amendment advocates a ton of money to fight them."