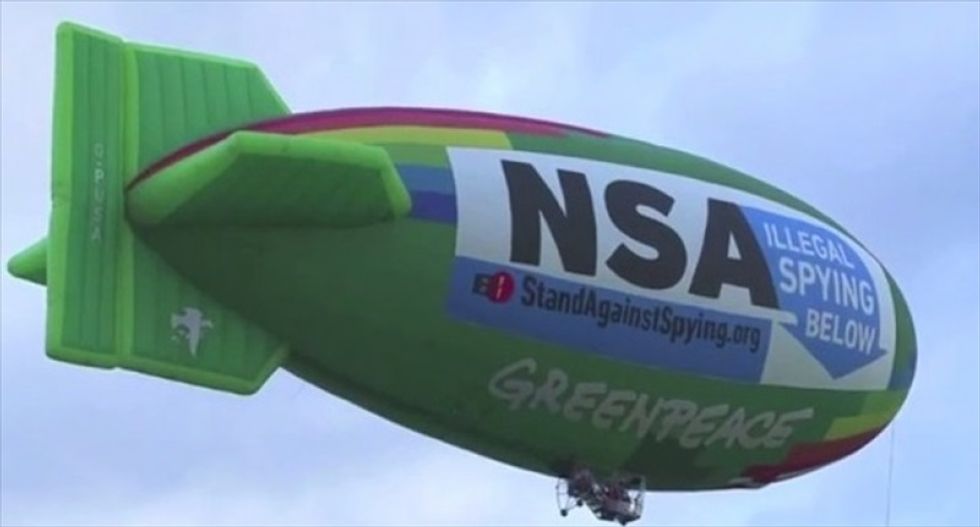 A U.S. appeals court in New York is expected to consider a rare challenge to the government's controversial warrantless wiretapping program, after an Albanian man on Friday pleaded guilty in Brooklyn to U.S. terrorism charges of aiding a Pakistani militant group.

Key evidence against Agron Hasbajrami, 31, was obtained through the surveillance program, which was authorized under a 2008 law that allows U.S. agencies to sweep up communications between Americans and foreign citizens abroad who are intelligence targets.

Lawyers for Hasbajrami, who is a U.S. permanent resident, and groups like the American Civil Liberties Union have argued the government should be required to obtain warrants to examine any communications it collects from Americans.

His plea deal specifically allows him to make that case to the 2nd U.S. Circuit Court of Appeals, a process that could take months. If he wins on appeal, his conviction would be overturned.

"This is one of the few tests of the warrantless wiretapping statute to have reached the courts," ACLU lawyer Patrick Toomey said. "It has implications for everyone whose communications the NSA intercepts under that statute every year."

Under a new policy, the Justice Department last year notified five criminal defendants that it had obtained evidence against them via the surveillance program.

Three of the five, including Hasbajrami, have challenged the program as unconstitutional.

An Oregon judge rejected one such bid, and the case is now on appeal at the 9th Circuit. A Colorado judge has not yet ruled in a separate case.

In 2013, the U.S. Supreme Court on procedural grounds threw out a challenge to the law brought by the ACLU and other groups, finding they could not sue because they had not been specifically harmed.

That issue should not present an obstacle for defendants like Hasbajrami.

Hasbajrami first pleaded guilty in 2012 and was sentenced to 15 years. But U.S. District Judge John Gleeson in Brooklyn last year allowed him to withdraw the plea, after the Justice Department revealed the surveillance program had yielded emails between Hasbajrami and another individual that formed the crux of the case.

In February, Gleeson rejected Hasbajrami's bid to suppress the evidence as unconstitutionally obtained, and Hasbajrami decided to plead guilty again.

Michael Bachrach, one of Hasbajrami's lawyers, said after Friday's hearing that the plea deal was a "clear victory for the defense." The agreement allows Hasbajrami not only to challenge the surveillance but also to appeal any sentence longer than the 15 years in prison he received the first time he pleaded guilty.

In a statement, acting Brooklyn U.S. Attorney Kelly Currie said he was confident the office would win at the appellate level.