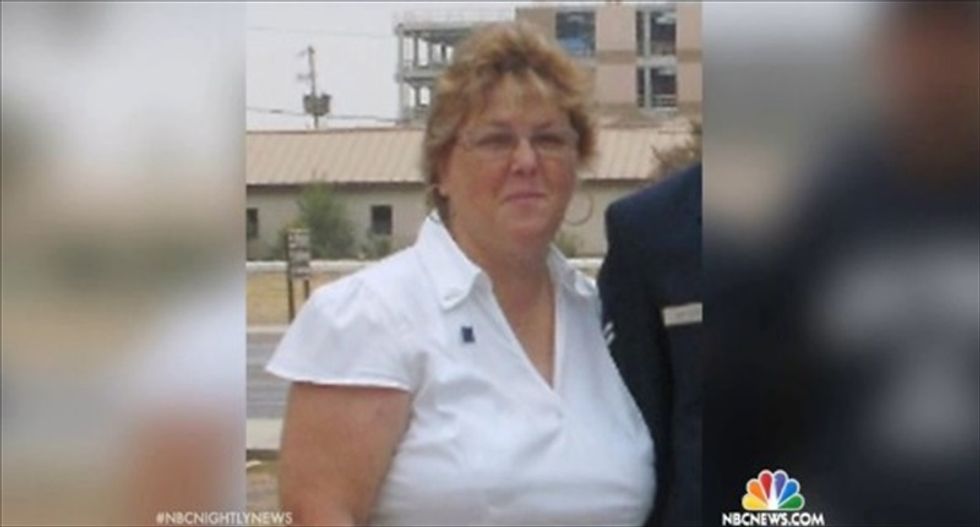 51-year-old Joyce Mitchell was arrested in connection with the escape of two inmates from a New York state prison. [NBC News]

A female employee of an upstate New York prison has been arrested on charges that she helped two inmates stage a daring escape from the maximum security facility, New York State Police said on Friday.

Joyce Mitchell, an industrial training supervisor at the Clinton Correctional Facility in Dannemora, is suspected of having smuggled contraband into the prison, where convicts Richard Matt and David Sweat were discovered missing last weekend, authorities said.

Mitchell, 51, is charged with promoting prison contraband and criminal facilitation, both felonies, according to a statement issued by the New York State Police.

In making their escape last weekend, the convicted murderers slipped through holes cut into steel walls and a steam pipe, and popped out a manhole in the street.

Authorities have not disclosed what kind of contraband Mitchell allegedly smuggled into the prison, located about 20 miles (32 km) south of the Canadian border.

The manhunt for Matt and Sweat on Friday involved more than 800 law enforcement officers, along with sniffer dogs and aviation units, who scoured woods just a few miles from the prison.

Clinton County District Attorney Andrew Wylie said earlier that the woman was the subject of a previous investigation into allegations that she had a close relationship with Sweat, who worked at a prison shop that Mitchell helped supervise.

He said the investigations turned up insufficient evidence to bring charges, although action had been taken to separate the two for a period of time.

Watch a report on Mitchell's arrest, as aired on NBC News on Friday, below.