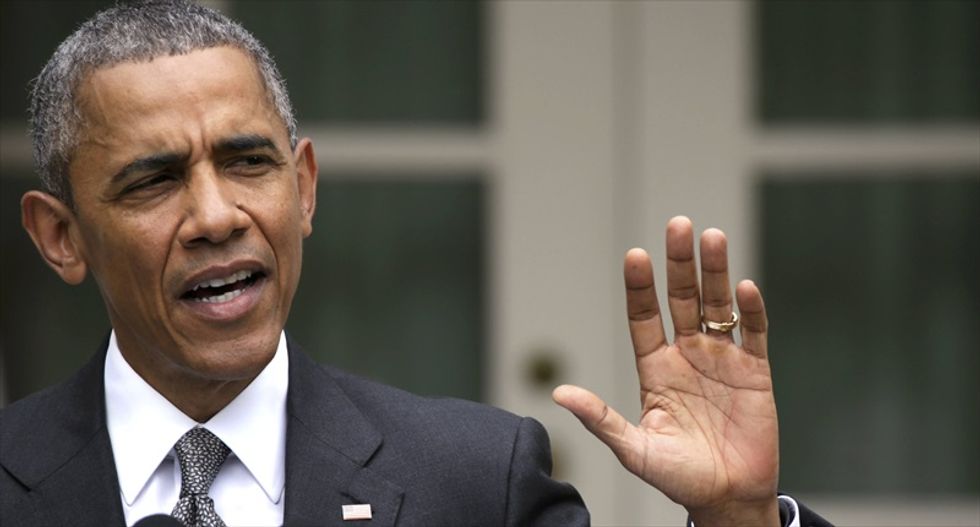 President Barack Obama delivers remarks after the Supreme Court ruled 6-3 to uphold the nationwide availability of tax subsidies that are crucial to the implementation of the Affordable Care Act, in the Rose Garden at the White House in Washington on June 25, 2015. Photo by Gary Cameron for Reuters.

President Barack Obama on Monday announced a proposal that would make nearly 5 million more workers eligible for overtime pay, a move that would touch nearly every sector of the U.S. economy and could face legal challenges.

Obama in an editorial posted on the Huffington Post website said the proposal would more than double the maximum income a salaried worker can earn and still be eligible for overtime pay to $50,440, or $970 a week. The current threshold is $23,660.

"Right now, too many Americans are working long days for less pay than they deserve," Obama wrote.

It was not immediately clear if Obama would also move to narrow an existing exemption from overtime pay protections for low-level white collar workers, as many observers had expected.

Obama said he would discuss more details of the proposal later this week in Wisconsin, and U.S. Labor Secretary Thomas Perez was scheduled to hold a press conference on the proposal on Tuesday.

When the proposal is published, it will set off a comment period during which business groups are expected to argue that the rules would not have their intended effect of putting more money in U.S. workers' pockets and could kill jobs.

Randy Johnson, a vice president at the U.S. Chamber of Commerce, said Monday that making more employees eligible for overtime will lead to a drop in the number of full-time jobs and that some workers would lose benefits and opportunities for promotions.

"This change is another example of the administration being completely divorced from reality and adding more burdens to employers and expecting them to just absorb the impact," Johnson said in a statement.

But supporters of the proposal, including Judith Conti at the left-leaning National Employment Law Project, say overtime pay protections were created not to increase workers' pay but to promote the 40-hour work week.

“Some people will work fewer hours for the same money and have more control over their lives, some will work the same hours for more money,” Conti said.