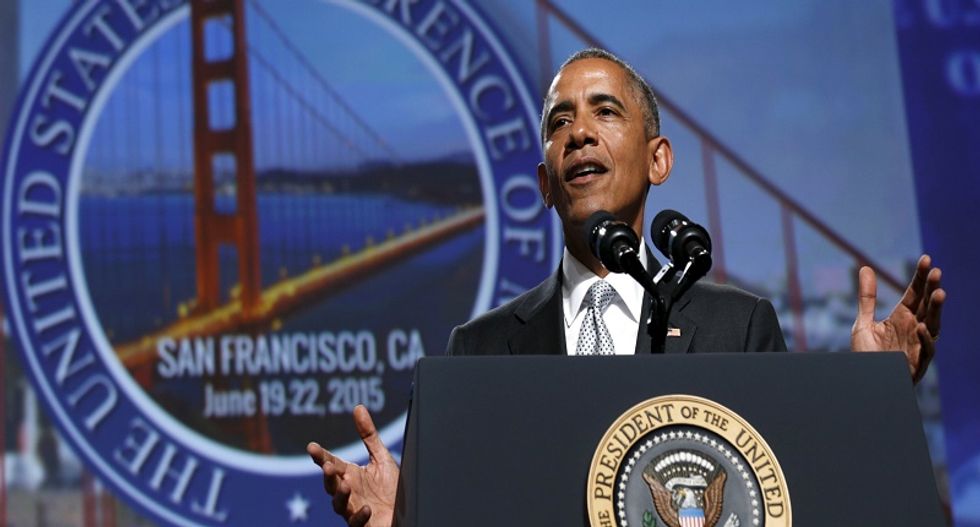 Speaking during an interview recorded on Friday, just two days after the mass shooting at a black church in South Carolina, Obama said he did not foresee any quick changes to gun laws.

"Unfortunately, the grip of the NRA on Congress is extremely strong," Obama said in a clip of the interview with "WTF with Marc Maron" posted by the New York Times.

It was not the first time Obama has railed against the NRA. After the Newtown, Connecticut school massacre in 2012, a tragedy that Obama has called his toughest time in office, he pushed for changes to gun laws.

He proposed more background checks for gun sales and pushed to ban more types of military-style assault weapons and limit the capacity of ammunition magazines.

But he failed to convince enough lawmakers to support the restrictions.

The U.S. constitution protects the right to own guns. Obama acknowledged in the interview that guns are an important part of many Americans' heritage.

"It's part of how they grew up, part of the bonding they had with their dad," Obama said in the interview.

"The question is just: is there a way of accommodating that legitimate set of traditions with some common-sense stuff that prevents a 21-year-old who is angry about something or confused about something or is racist or is deranged from going into a gun store," Obama said.

"That is not something that we have ever fully come to terms with," he said.

Obama is spending the weekend golfing in the Palm Springs area with friends.

The interview marks the fifth time in two days that Obama spoke publicly about his frustrations with gun laws. He addressed the issue in Washington before traveling to California, where he brought it up at the U.S. Conference of Mayors, and at two fundraisers for the Democratic Party.