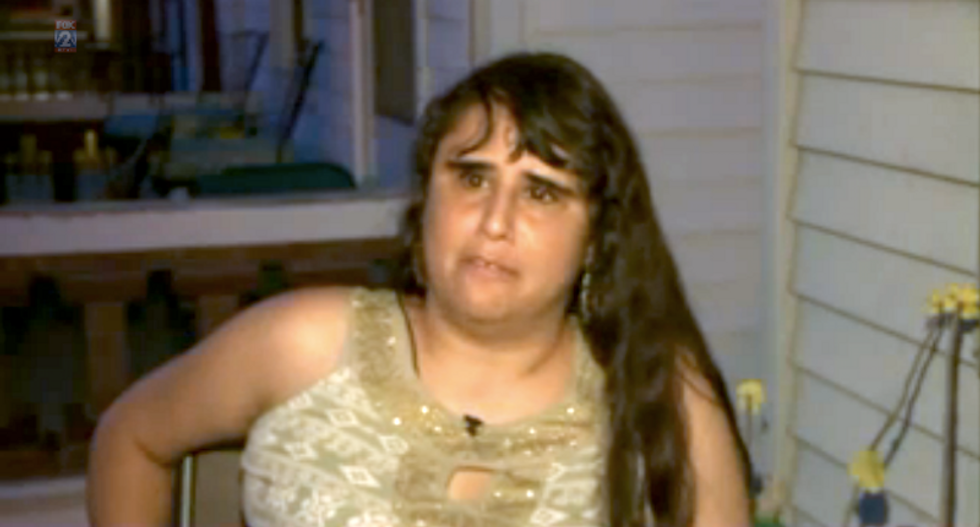 A blind woman filed a federal lawsuit against an off-duty St. Louis police officer who she accused of handcuffing her and dragging her outside – along with her service dog.

Marvelena Quesada said she left as Caleco’s Bar & Grill was closing Oct. 28, 2013, but returned to help a friend settle her tab, reported the St. Louis Post-Dispatch.

She claims in the suit that William Clinton, an off-duty police officer who was working as a security guard at the bar, ordered Quesada to leave immediately and refused to wait as he tried to put her credit card and wallet back into her purse.

“I said now,” the officer said, using an expletive, and told her she was going to jail, the suit claims.

The 40-year-old Quesada said the off-duty officer grabbed her, causing her to fall and hit her head, and pulled her outside.

“He dragged me and my dog outside and put handcuffs on me,” Quesada said.

The service animal was dragged into chairs and tables as Quesada held onto its leash as Clinton pulled her through the bar.

She screamed for help outside, and her friends and passersby convinced Clinton to let her go.

“I was very depressed (afterward),” Quesada said. “I had nightmares.”

Quesada, vice president of the Braille Revival League of Missouri, successfully sued the Social Security Administration in 2009 for refusing to correspond in a format accessible to the blind, and a judge ordered the agency to use CDs or Braille for those communications.

Her lawsuit against Clinton seeks unspecified compensation for unreasonable seizure and assault and battery.

Clinton, the police department, and the bar’s owners declined comment on the lawsuit.

Watch an interview with Quesada posted online by KTVI-TV: