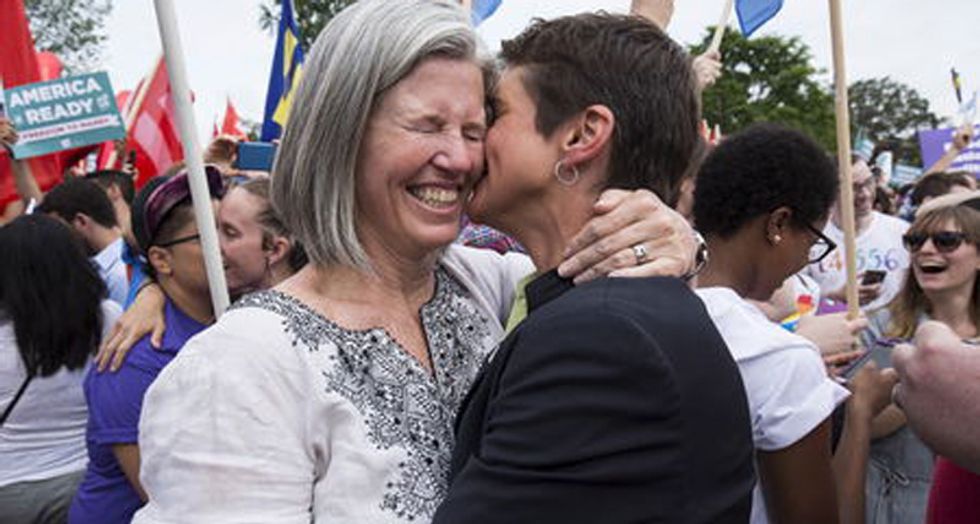 Margaret Conway (L) is kissed by her wife Rea Carey after the U.S. Supreme Court ruled on Friday that the U.S. Constitution provides same-sex couples the right to marry at the Supreme Court in Washington June 26, 2015. (REUTERS/Joshua Roberts)

A spectator was shot in the arm after a dispute at San Francisco's annual gay pride festival escalated into gunfire on Saturday, police said.

Police responded to reports of gunshots in the United Nations Plaza area of downtown San Francisco as the first day of the city's two-day gay pride celebration was winding down.

"The incident is believed to have started when several groups of men, unrelated to the PRIDE event, got in a verbal argument near or inside the venue," the San Francisco Police Department said in a statement.

The incident escalated when one person fired several shots, it said. A 64-year-old man watching the event was hit in the arm and was listed in stable condition, police said.

The department's Gang Task Force and several other units were on the scene and police detained several possible suspects.

San Francisco is home to one of the world's largest and most visible gay communities.