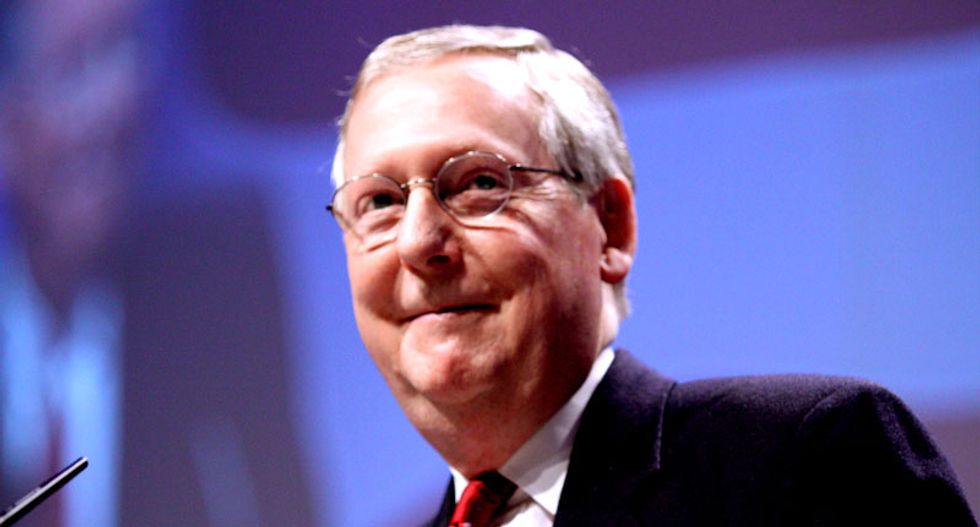 A Senate vote on the legislation, known as fast-track negotiating power, was expected on Wednesday. Approval at that stage would send the bill to Obama for review. The debate-limiting motion was approved 60-37.

"Today is a very big vote. It's an important moment for the country," said Senate Majority Leader Mitch McConnell, the chamber's top Republican, in urging support for Obama's trade agenda.

The legislation has already endured six weeks of congressional wrangling. It twice brushed with failure after revolts by Obama's own Democrats, many of whom fear trade deals will threaten U.S. jobs.

On the procedural vote, 13 of the chamber's 44 Democrats supported the legislation. They were joined 47 of the Senate's 54 Republicans, giving supporters of the legislation the 60 votes needed to proceed in the 100-member chamber. The bill itself now needs 51 votes to pass.

If all goes according to Republican leaders' plans, Congress also would send Obama this week a bill renewing an aid program for workers who lose their jobs as a result of trade deals.

The president wants both bills and he has left open the possibility of waiting for Congress to send him both before signing fast track into law.

Fast-track legislation would let lawmakers set negotiating objectives for trade deals, including the TPP, but it would restrict them to yes-or-no votes on final agreements.

After considering fast-track last month, the Senate was forced to debate the measure again this week after Democrats in the House of Representatives refused to approve the companion measure for workers.

The TPP, a potential legacy-defining agreement for Obama, would open markets for U.S. exporters like Intel Corp and Caterpillar Inc, extend monopoly periods for Pfizer Inc and rivals' medicines and cut import costs for companies like Wal-Mart Stores Inc.