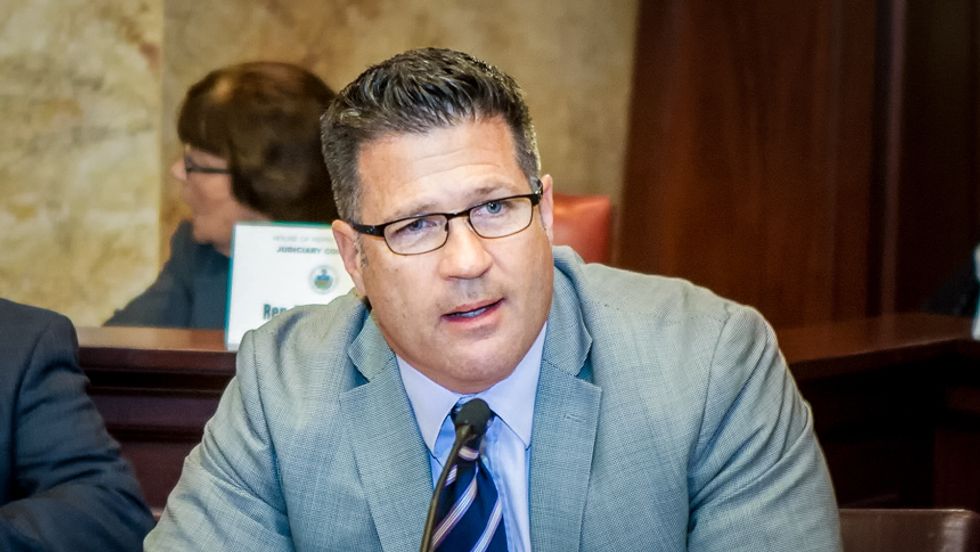 People convicted of selling drugs in Pennsylvania could be banned from access to welfare services for the rest of their lives if Republican state Rep. Mike Regan has his way.

A bill sponsored by the York Republican would mean that anyone convicted of felony drug distribution in Pennsylvania would no longer qualify for welfare in Pennsylvania indefinitely, the Pittsburgh Post-Gazette reported on Monday.

Regan told the paper that the bill had already passed the Health Committee, and that his party hoped it could get a vote in the full House later this week.

“This legislation, I’m not trying to be hardhearted,” Ragan insisted. “I’m trying to preserve the funds that are not infinite for those that are truly in need.”

Democrats, however, worried that the bill could have unintended consequences.

“None of us want to protect the dealers, but we do know that people who have had drug offenses at early ages can turn their lives around,” Democratic state Rep. Flo Fabrizio said. “Sometimes they need some assistance to do that, and we don’t want to shut the doors of opportunity for a mistake.”

Fabrizio pointed out that the Department of Human Services already required anyone convicted on felony drug charges to pass a drug test before receiving welfare.

“Frankly, I don’t think the bill is necessary,” the lawmaker remarked.

"While somebody did this criminal activity, we don’t want to give them government money to help them afterwards,” he observed. “But generally, I don’t think it’s a good idea to restrict health care, especially with addiction.”

“I would just ask legislators to look at this with maybe fresh eyes and see if there’s room for compromise to allow not totally shutting the door on access to treatment,” Capretto added.

Regan said that he was willing to consider exempting the victims of domestic violence from the bill. Other possible amendments included banning felons from welfare for 15 to 20 years instead of for life.

According to the Pennsylvania Uniform Crime Reporting System, over 14,000 people were arrested in the state in 2014 for the sale of drugs.