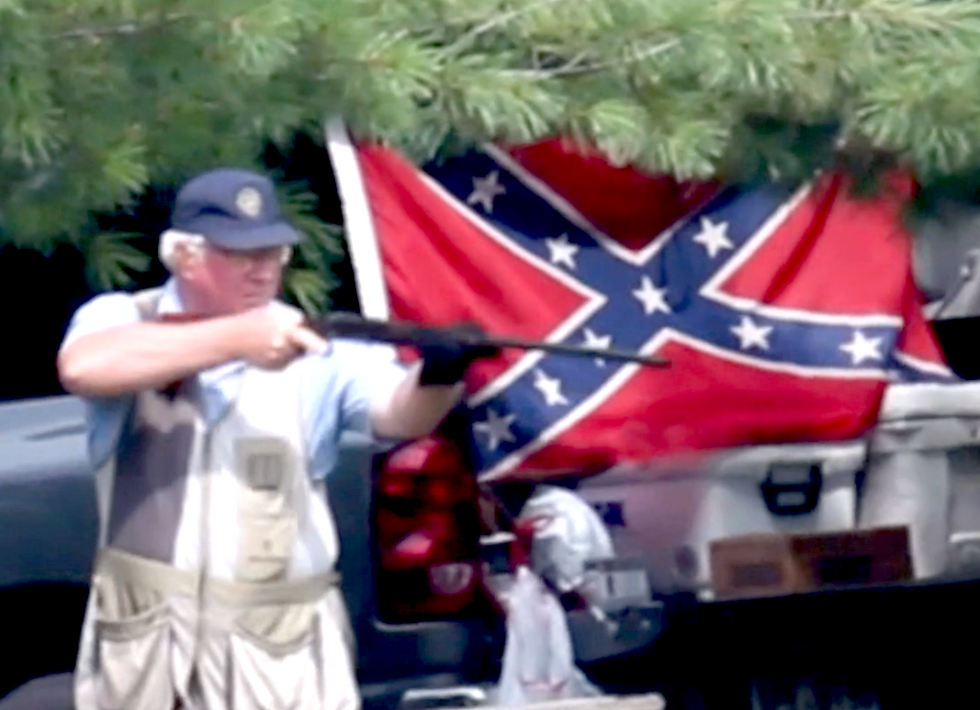 An animal rights group is urging Pennsylvania's Gov. Tom Wolfe (D) to unseat a Judge Adolph Antanavage, who was caught on video shooting hundreds of captive pigeons in a canned hunt while backdropped by the Confederate flag.

"SHARK has video documented Adolph Antanavage shooting at numerous live pigeon shoots," said the group's website. "This is a man who really enjoys shooting, wounding and killing innocent birds who are used as living targets."

"As you can see in the following pictures," SHARK continued, "Antanavage has shot pigeons multiple times in front of a Confederate flag that waved proudly at the Wing Pointe canned hunt club in Berks County."

In recent weeks, the Confederate battle flag has been a flashpoint in discussions of race, respect, and racial equality. White supremacist gunman Dylan Roof -- who shot and killed nine people in a historically black church in Charleston, SC last week -- took numerous photos of himself posing with the flag, which many interpret as a symbol of racist oppression.

Some retailers -- including Walmart, Amazon, eBay and Sears -- have removed the so-called Rebel Flag from their shelves in the wake of the murders, as well as all merchandise bearing the flag's likeness. South Carolina, Virginia and some other southern states have removed the flag from public property and are currently debating whether to continue to include the image on license plates and other government documents and images.

Antanavage was appointed to the Berks County Court of Common Pleas in June of 2014.