Please, fashion industry, quit with the weird waistlines on clothes 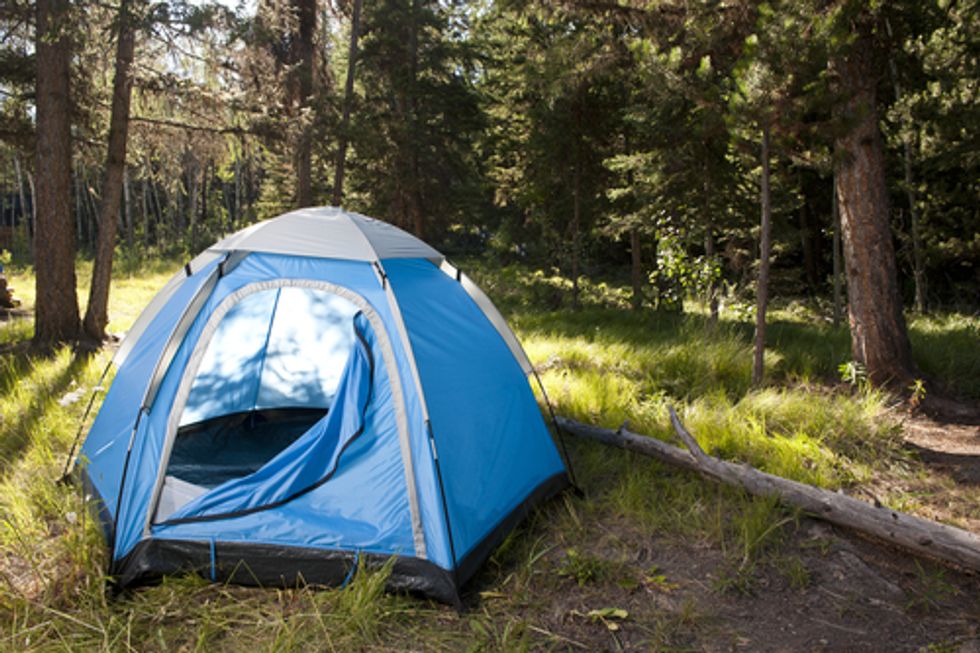 It's supposed to be an outdoor dwelling, not fashion inspiration.

Updated to add: In the midst of the pleasures of ranting, I realize I was a little unclear. A lot of women who aren't waifish can pull off high-waisted or cropped clothes, because they make them work with their curves. The real problem is ubiquity, and the inability of those of us with differently shaped bodies to find clothes that work for us. Updated for clarity, to make it clear that the point is we need a variety of clothes so no one goes without.

Warning: This is not a particularly hard-hitting political post, but something that needs to be said anyway. There's been a lot of digital ink spilled, for good reason, over how the fashion industry screws over fat people, women especially, by refusing to sell fashionable, flattering clothes and instead ignoring them completely or putting them in burlap sacks. But while the problem isn't nearly as bad, the tendency of designers to design everything to be displayed on models whose body type leans towards waifish frequently screws over women who aren't fat but aren't model-thin either.

Take this story reported by Jessica Grose at XX Factor (where I also write).

J. Crew had a disappointing couple of months. Their sales fell 5 percent compared with the same period in 2014, their same-store sales are down 10 percent, and CEO Mickey Drexler and the retail press have blamed the brand’s recent woes on some ugly sweaters, in particular a cropped one called “The Tilly.” ("We like to think of her as the slightly shrunken cousin of our beloved Tippi sweater," J.Crew says on its site.) The New York Times quotes a J. Crew obsessive who says, “The Tilly was a disaster. An absolute disaster. They should not have gone that way.” The company has laid off 175 people and fired their head of women’s design in the aftermath.

It's a shame seeing so many people lose their jobs, but the time has come for the fashion industry to wake the fuck up about this issue. The tyranny of cropped shirts and high-waisted dresses must come to an end. If you have even the slightest whiff of a curve to your hips, at least for a lot of us (Grose points out some short waisted women can pull it off), they always hit you in the wrong spot and make you look like you're either pregnant or that you are shaped like an apple on sticks. As someone who is long-waisted, this multi-year trend has been ruinous for me. I would buy cute dresses and then try to bring the waistline down where it belongs with belts, but often the seam would pop out, desperate to put itself right under my boobs like it was clearly designed to do. Cropped shirts are just as bad, billowing out under your chest and hiding any hope that anyone will see a waistline.

Look, I get it. High-waisted dresses and cropped shirts look adorable on skinny teenagers. If you're kind of straight up and down, you just look like a free-spirited waif swimming around in a giant dress, full-on barefoot hippie style. Put some flowers in your hair and go for it. More power to you.*

But 95 percent of us are not built that way, goddammit. And while I hate to see anyone lose their jobs, I'm also glad to see female shoppers putting their feet down and refusing to buy any new clothes until the fashion industry sucks it up and starts designing clothes meant to flatter, well, the rest of us that range from pretty thin but not waifish to fat. I don't even want to say "curvy", because that's a word that, in my mind, means curvier than average. But high-waisted dresses and cropped shirts make a lot of people look they are trying to smuggle drugs by tying them to their waist and walking around in a tent.

J. Crew is learning the hard way, but luckily I have bought a couple dresses recently where the waistline finally hit my fucking waist and didn't linger around halfway up my ribcage. More of that, please. If you don't design all your clothes for skinny teenagers, it would help.

*These dresses also work on other women who aren't waifs but have the right kind of waistline. Sadly, I fear that is more a happy accident, since they're always modeled on women who are swimming in these clothes, instead of having them work with your figure.