Pope Francis slams nations which 'close the door' to migrants 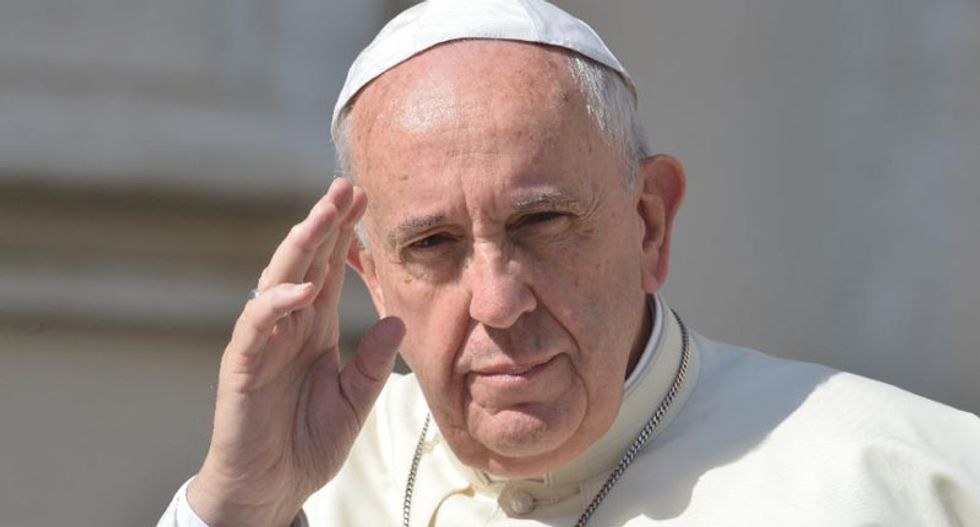 Pope Francis greets the crowd as he arrives for his general audience at St Peter's Square in the Vatican, on June 17, 2015 (AFP Photo/Alberto Pizzoli)

Pope Francis said Wednesday that those who "close the door" to refugees seeking a safe haven in Europe should ask God's forgiveness, as tensions rose in the EU over the migrant crisis.

A day after European interior ministers failed to agree on how to stem the flow of boat migrants across the Mediterranean or house the thousands of new arrivals, Francis demanded greater respect for "our brothers and sisters who seek refuge far from their own lands".

"I encourage those who bring them aid and hope that the international community will act in a united and efficient fashion to prevent the causes of forced migration," he said.

"And I invite everyone to ask God's pardon for those people and institutions who close the door to those who are seeking a family, who are seeking to be protected," he said.

Italy has threatened a backlash if other EU states refuse to share the burden of asylum seekers, but even so ministers took no decision to carry out proposals by the European Commission for quotas to redistribute 40,000 refugees.

European leaders swore action after an estimated 800 migrants died in a shipwreck in April, the worst disaster yet in the Mediterranean in a year in which a total of 1,800 people have died trying to cross from Africa and the Middle East on flimsy boats.

In one of the largest pledges of assistance so far, France said Wednesday it would create an additional 10,500 housing places for migrants.

More than 100,000 migrants have arrived in Europe this year, 60,000 through Italy alone, according to the EU's border agency Frontex.