Race versus ethnicity: The curious case of Rachel Dolezal explained -- sort of 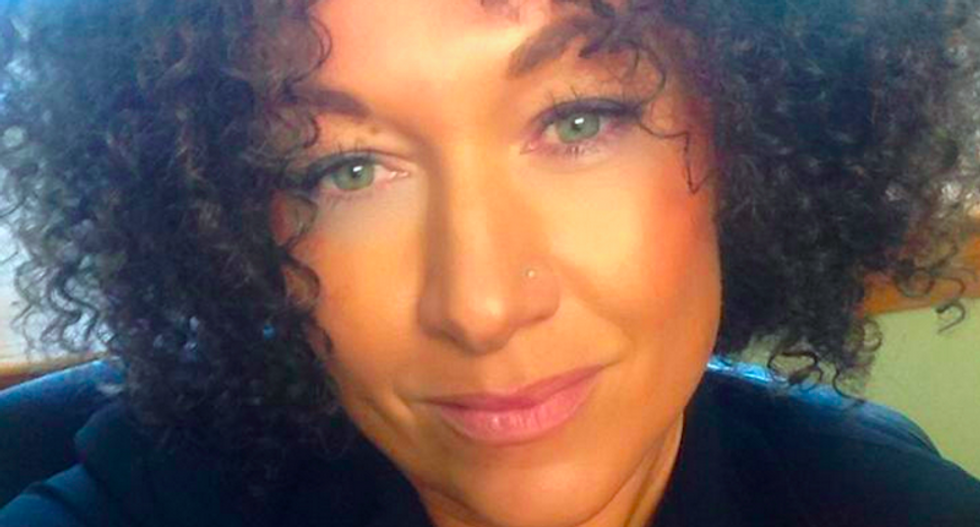 “Are you African American?” There should be just two possible answers: yes or no. Yet for Rachel Dolezal, the civil rights leader in Washington state whose identity politics gave birth to approximately 40,000 think pieces on Friday , life is apparently not that simple.

To her parents, however, it is. When asked about their daughter’s ethnicity in another local interview that went beyond-viral, her mother said: “Our daughter is primarily German and Czech and of European descent.”

“She is white. Caucasian,” added her father.

In the hours since, the internet has provided us with hot take after hot take after a hot take. And, of course, there will be many more – along with more actual answers about Dolezal’s life story, from her role as the president of the Spokane chapter of the National Association for the Advancement of Colored People (NAACP) to her relationship with her parents.

For now, here is a quick guide to the complex questions on the story everyone’s talking about.

Why does Rachel Dolezal identify as black, exactly?

Dolezal’s motivations remain unclear, though she was expected to make an official statement to the internet cacophony soon.

Some – OK, many – have speculated that she called herself black all these years because of an ex-husband who is black. Other people – like her parents – say the elaborate persona was borne of activism.

Here’s what her mother had to say:

Rachel is a master artist and so she is able to disguise herself and make her appearance look like any ethnicity. She could accomplish the work that she set out to do in the beginning by being herself and being a white woman who is an advocate for the African American.

Steven Thrasher, Guardian US writer at large, points out that while we might not know what motivated Dolezal to say she was black, her story exposes the “shaky and ridiculous” concept of race:

Like it or not, she’s exposed how shaky and ridiculous the whole centuries-old construct of individual ‘race’ is.

Among the biggest conversations from the “outing” of Dolezal’s “passing” is that race and ethnicity are not interchangeable.

Are race and ethnicity the same thing?

Race and ethnicity are not the same thing. A panel of experts interviewed on this topic by PBS pointed to one main difference: race is something people associate with biology . In America, it’s a social construct based on certain physical markers over which you have no control (skin color, certain kinds of facial features and hair texture, for example). Ethnicity, on the other hand, often has to do with culture, nationality and geography.

Dolezal was born with white skin, so she’s considered white even if she more strongly associates with black culture. Her parents have said her ethnicity is mostly central and eastern European.

Can you be ethnically black?

The same parents who insist that Dolezal is white point out that, culturally, she has assimilated in the African American community. According to their interview with the Washington Post , this began in her early years when the family adopted her siblings.

According to her father, Lawrence Dolezal, the real identity switch occurred when Howard University “took her for a black woman” and gave her a full scholarship.

You’ve got a white woman coming in that got a full-ride scholarship to the black Harvard. And ever since then she’s been involved in social justice advocacy for African Americans. She assimilated into that culture so strongly that that’s where she transferred her identity. [...]

But unfortunately, she is not ethnically by birth African American. She is our daughter by birth. And that’s the way it is.

“All of [this] might make Rachel Dolezal a white woman who identifies closely with the black community. It does not make her black,” he wrote on Friday.

Dolezal, however, claims that the question of race is “not as easy as it seems”.

“We’re all from the African continent,” she told the Spokane Spokesman-Review at Eastern Washington University.

A number of people have been asking this question, including Mia Farrow. Gene Demby, from NPR’s Codeswitch, also invited his Twitter followers to weigh in on this – his feed is definitely worth checking out .

There are many, many people who say these two “transes” are not the same at all.

“The people using her mistakes to try to ‘understand’ or ‘explain’ the experiences of trans people have none of my empathy; they’re simply propagating the stereotype that trans people are out to fool the rest of you,” Meredith Talusan, a transgender writer and photographer, wrote for the Guardian . “I don’t need to pass as a woman the way Dolezal needs to pass as black, for the simple reason that I am a woman.”

Related: There is no comparison between transgender people and Rachel Dolezal | Meredith Talusan

Which bring us back to: why did Dolezal pretend to be black?

Would Dolezal not be allowed to become a member of the NAACP if the group knew she was white?

The NAACP was founded in February 1909 and by now has more than half a million members. Founders of the NAACP included white liberals like Mary White Ovington and Oswald Garrison Villard, according to NAACP’s website .

You do not have to be black to become a member of the NAACP. The membership form for the NAACP does not even ask applicants for their race. All you have to do is “care about fighting the racial disparities” that exist in America.

Different chapters of the groups had different defenses, but the bottom line seemed to be: race does not equal qualifying criteria.

Does this affect the NAACP at all?

“[A] white person pretending to be black and running a chapter of the NAACP is a big problem,” Jonathan Capehart wrote at the Washington Post .

Some feel that by pretending to be a woman of color, Dolezal invaded a space that many black Americans have viewed as safe and sacred.

“[A] lot of people find comfort and solace in spaces like the NAACP. The NAACP means something – not just historically, but as a sort of permanent safe space for people who need it,” Danielle Henderson wrote in a conversation with Latoya Peterson at Fusion .

You should definitely check out their conversation here.

Just like everyone else, both Peterson and Henderson wondered what Dolezal had to gain from pretending to be black.

“I love my heritage, but I cannot understand in this cultural moment why someone would OPT IN to being black,” said Henderson.

So, who is black?

If this entire controversy has somehow still made you wonder about your race, Gawker has this handy quiz titled Are you black? to “rid you of any and all uncertainty”.

That wasn’t so hard, now was it?

Bullying Kevin McCarthy is woking for the GOP's insurrectionist caucus

That Minority Leader Kevin McCarthy, R-Calif., is a wimp is not news.

President Joe Biden warned Thursday that Congress needs to adopt his multi-trillion dollar spending plans to renew the US economy because China is "eating our lunch."

Speaking in deep-Republican Louisiana, Biden pitched his $2.3 trillion infrastructure proposal as a way to secure US preeminence on the global stage as much as fixing dangerous bridges and roads.

While the ranting and raving from Capitol attacker Landon Copeland scored most of the news Thursday, that same group of hearings involved Anthony Antonio, whose attorney claimed radicalization.

Huffington Post's Ryan Reilly cited the attorney claiming "Foxitus" and "Foxmania," saying that his client was radicalized to attack the U.S. Capitol after watching Fox News for six months. He then started "believing what was being fed to him" by the conservative network and President Donald Trump.