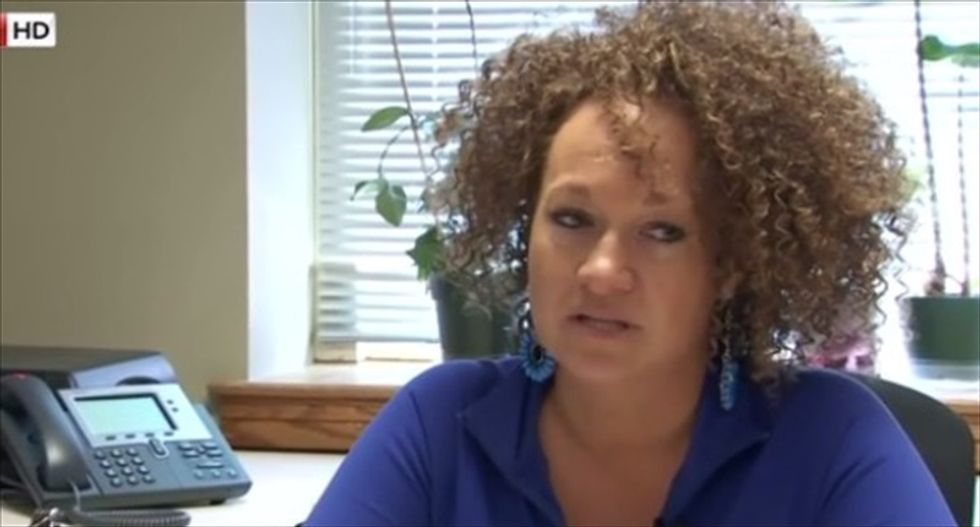 Embattled Spokane NAACP head Rachel Dolezal stepped down from her position in the organization today.

In a statement published on the organization's Facebook page, Dolezal wrote, "It is with complete allegiance to the cause of racial and social justice and the NAACP that I step aside from the Presidency and pass the baton to my Vice President, Naima Quarles-Burnley. "

Dolezal became a national figure of both curiosity and ridicule after it was revealed that she had been passing herself off as a black women for years. Addressing the controversy, she lamented that the organization's good work had been disrupted by attention paid to her "personal identity in the context of defining race and ethnicity."

According to community leaders in Spokane, Dolezal had represented herself as being descended from black ancestry, however her white parents blew the whistle on her last week leading to days of turmoil for the civil rights organization.

In her Facebook post, Dolezal listed off her many accomplishments during her brief tenure while thanking both the state and national organization for their "unwavering support of my leadership through this unexpected firestorm."