Ralph Nader accuses Hillary of 'overcompensating' for her gender: She never saw a war she didn't like 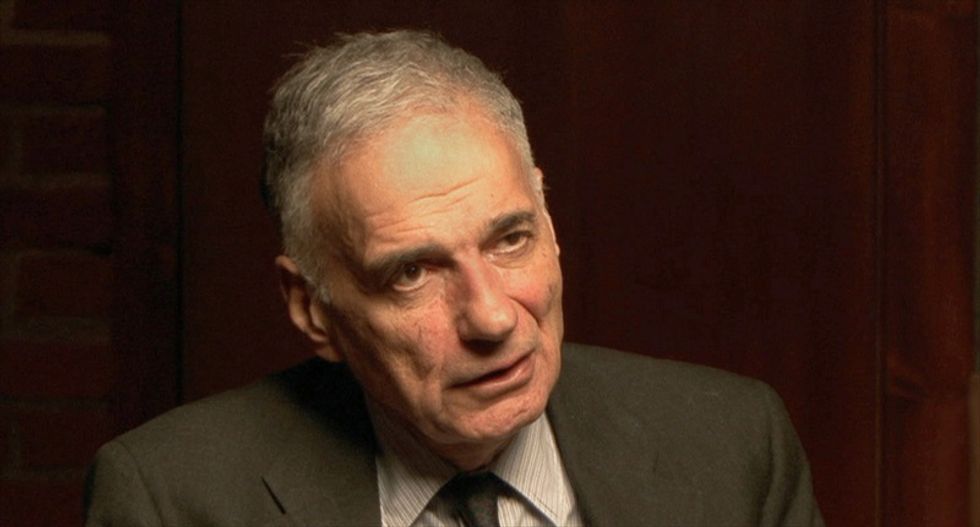 Consumer activist and former presidential candidate Ralph Nader blasted Democratic contender Hillary Clinton in an interview with Ora.TV host Larry King, defending his recent accusation that the former Secretary of State was trying to "overcompensate for her gender."

"Tt's unbelievable. She's never seen a war she doesn't like. When she was on the Senate Armed Services Committee, she never saw a weapon she doesn't like," Nader said, adding that Clinton was part of "the tradition of these macho women who, when they finally get responsible positions -- like Madeleine Albright, Condolezza Rice -- it's like they have to out-macho the men instead of saying, 'We come from a peace advocacy tradition.'"

Nader first made the remark about Clinton in his new book, saying that "her shocking militarism is a result of trying to overcompensate for her gender by being more aggressive and macho."

"Isn't she moving more toward the left?" King asked.

"But not on the militarism and the corporatism," Nader replied. "Remember her phrase a couple of days ago, when she had a formal statement on Roosevelt Island in New York? She said, 'Democracy is not just for billionaires.' I don't know why she phrased it that way, except that she didn't want to cut her ties to Wall Street."

The former Green Party and Reform Party candidate was referring to Clinton's campaign kick-off speech earlier this month, during which she said, "Democracy can't be just for billionaires and corporations. Prosperity and democracy are part of your basic bargain, too. You brought our country back. Now it’s time — your time — to secure the gains and move ahead."

Nader also ripped former Florida Gov. Jeb Bush, saying he would fail to separate himself from his brother, former President George W. Bush, in a crowded Republican presidential field that became more of a "wild and wooly theater" with the addition of real estate mogul Donald Trump.

"Trump will try to out-theater all of them," Nader told King. "But I think the press is not gonna react positively to him."

Watch the interview, as aired on Ora.TV, below.